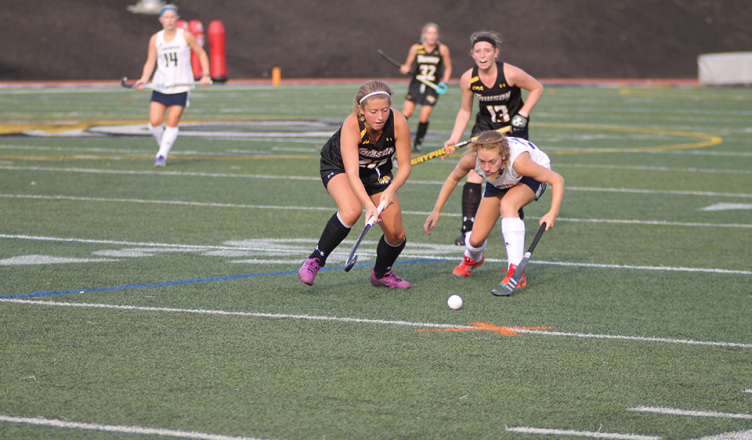 “Emilee continues to step up and lead by example with her hard work,” Jackson said. “She’s really composed in the back [of the net] especially with as many young new players as we have.”

The Tigers (0-2) were in a pinch against the Lancers (2-0), down two players midway through the game. Jackson stressed that her players need to become more disciplined, but that it will come with more experience.

“There’s some things that we learned from watching today,” Jackson said. “Playing down one or two women overall almost half of the game shows me that we have growth in that area of self control and in the heat of the moment pulling back and making sure that we’re playing really pretty defense.”

Woodall made four first half saves and three early in the second half, but the Lancers got past the defense and scored at 43:40.

“It’s sort of nice to depend on [Woodall] to set the tone for keeping them organized and keeping them doing their jobs instead of getting panicked and caught in the moment,” Jackson said.

Towson had a chance to respond at 62:43, but freshman midfielder Valerie Hajek failed to get her shot past Longwood junior goalkeeper Katie Wyman.

Despite the loss, Jackson was proud of the way her team fought and expects more of that same energy in the future.

The Tigers look to earn their first victory of the season as they host Lock Haven on Sept. 1 at 7 p.m at Johnny Unitas Stadium.