“Hard working, passionate about the sport, really loves running, loves to compete and is a great fit for our program,” Jackson said.

Freshman Kylie Anicic timed 19:05.1 as she was the second Towson runner to finish the race.

“Same thing,” Jackson said. “Very hard working. She also loves it. Her and Olivia are very close and enjoy being teammates together and I think that goes a long way.”

Sophomore McKenzie Delahanty was the third Towson runner to complete the race timing 19:37.9 while freshman Alison Betler finished with a time of 19:51.5.

Towson will compete at the Paul Short Run in Bethlehem, Pennsylvania at 10 a.m. on Saturday, Oct. 5.

“Same thing with practice,” Jackson said. “As we get further and further down the season it gets more and more serious, so one of the better meets around the country and looking forward to placing high there.” 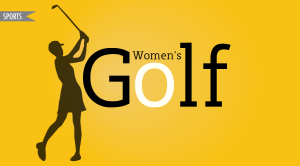