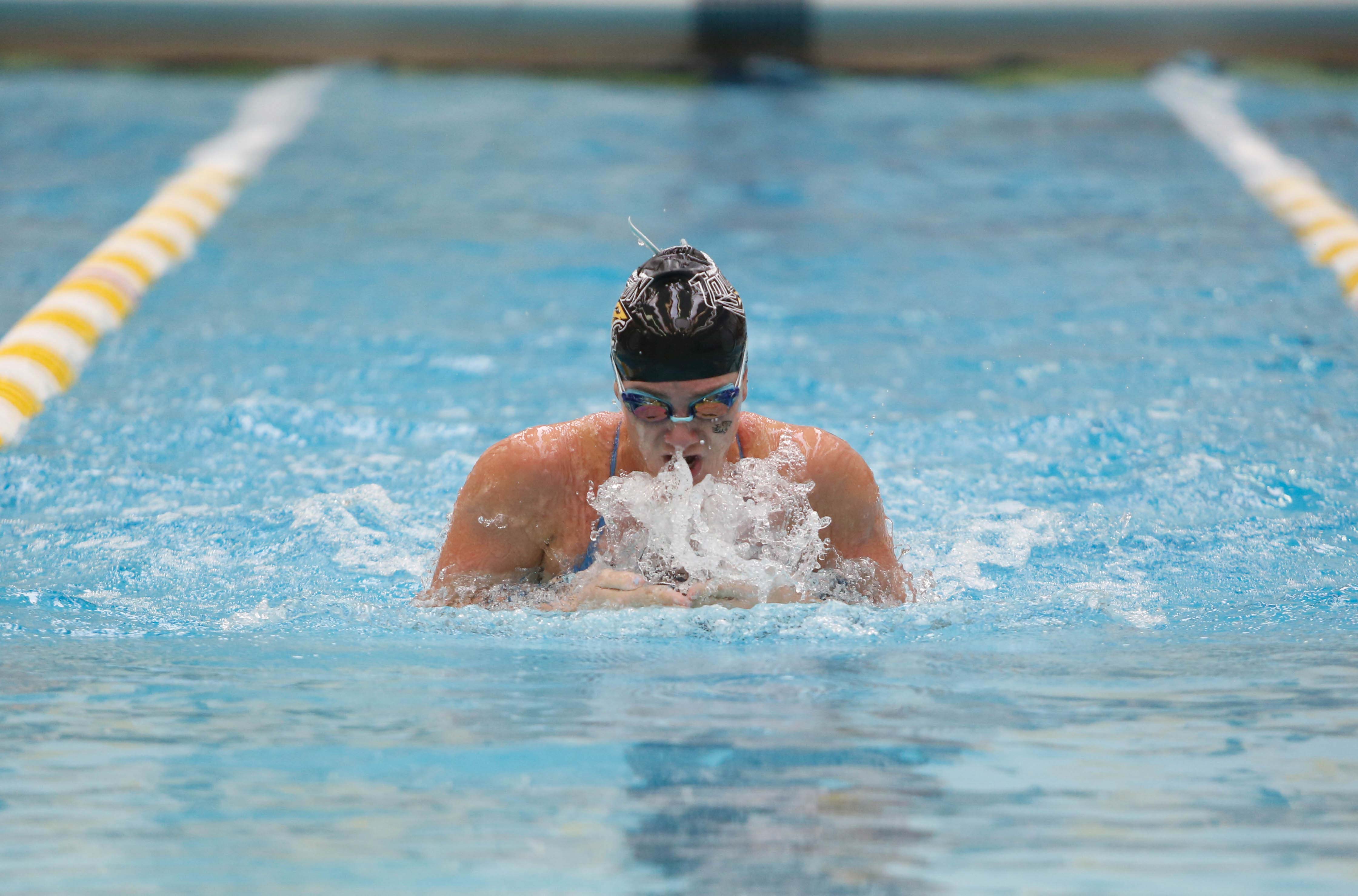 Head Coach Jake Shrum understood that the four seniors wanted to stand out in their last meet at Burdick Pool.

“It doesn’t matter who the opponent is,” Shrum said. “Our athletes spend so much time in this pool and this is their last opportunity to compete in Burdick. It’s always a little odd emotionally, a mixture of excitement, accomplishment, but also a sense of melancholy.”

Numerous team members were able to stand out as well despite the impressive performances of the seniors.

On the diving boards, sophomore Jake Casey won both the one- and three-meter dives, scoring 203.70 for the one-meter dive and 175.73 on the three-meter boards.

Towson hopes to use the confidence gained from this meet as fuel for the second half of the season.

“We’re always looking to improve through competition,” Shrum said. “That means different things at different meets. Our guys were doing some different events in places.”

The Tigers will shift their focus to two in-state rivals when they travel to Navy for a tri-meet with Johns Hopkins on Wednesday, Jan. 25. The meet, which will be held at Lejeune Hall, is scheduled for a 4 p.m. start.