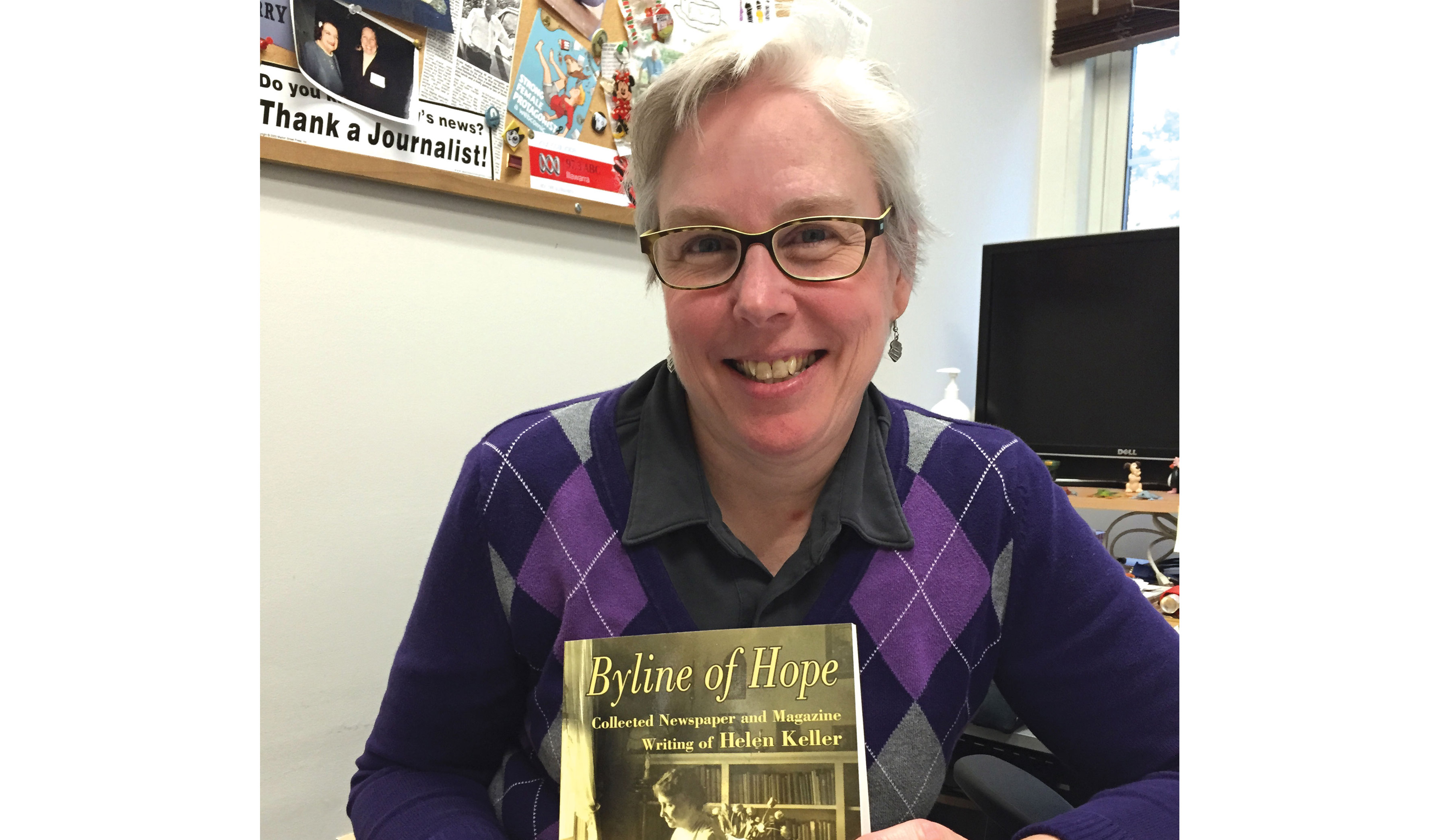 In an effort to increase media inclusivity and representation for disabled people, Towson journalism professor Beth Haller and two associates have co-founded the Global Alliance for Disability in Media and Entertainment.

According to Haller, the portrayal of people with disabilities by able-bodied actors is what the disability community calls “cripping up.”

In 1989, Haller attended University of Maryland for her master’s degree and wrote her thesis on the media coverage of the Deaf President Now movement that occurred at Gallaudet University in 1988. Together with co-founders Patricia Almeida and Cátia Malaquias, Haller hopes to use GADIM to expand the conversation about people with disabilities worldwide.

“There was finally a lot of talk about groups that weren’t covered very well by the media like the African American community or the Hispanic community or women,” Haller said. “And I was like, ‘well, where’s the studies looking at how people with different disabilities are covered?’ There hardly were any, so I liked doing things that nobody else did.”

Almeida, whose 12-year-old daughter Amanda has Down Syndrome, was disappointed by the virtually nonexistent representation of people with disabilities in media.

“I quickly realized that the disability was in society, not in my daughter,” Almeida said in an email.

Prior to creating GADIM, Almeida collaborated with two other mothers of children with Down Syndrome to create the Metasocial Institute to promote media inclusivity for people with disabilities in Brazil.

MetaSocial Institute was an advisor for popular Brazilian soap opera “Paginas da Vida.” The show featured a storyline about a baby with Down Syndrome who was adopted by a nurse at the hospital where she was born.

Almeida, who is a journalist, said the character—who went on to be played by a child actor with Down Syndrome—was well-received by viewers and positively influenced the perception of people with Down Syndrome in Brazil.

“Most people don’t have anything against people with disabilities,” Almeida said. “They just are not used to being around them.”

Malaquias, an Australian lawyer, had a similar reaction as Almeida did after noticing the lack of representation of people with disabilities in advertising. She reached out to the Australian clothing brand eeni meeni miini moh to express her concerns.

Almeida and Malaquias both spoke at a GADIM pre-launch panel discussion at the 2016 Social Forum of the Human Rights Council in Geneva, Switzerland on Monday. Their talk focused on media representation of people with disabilities.

From television shows like “Speechless” including audio descriptions for blind viewers, to the disability community using the hashtag #CripTheVote as a way of advocating for disability rights in politics and making polling locations more accessible, inclusivity is key, Haller said.

“We really want it to go where it’s needed,” Haller said. “So the people who come to us will tell us where we need to be focused and what we need to put up and who we need to bring together.”

Haller said she looks forward to seeing how GADIM will evolve with the disability community’s needs and ideas.

“It’s just exciting to start something that you think could literally change the world,” she said.