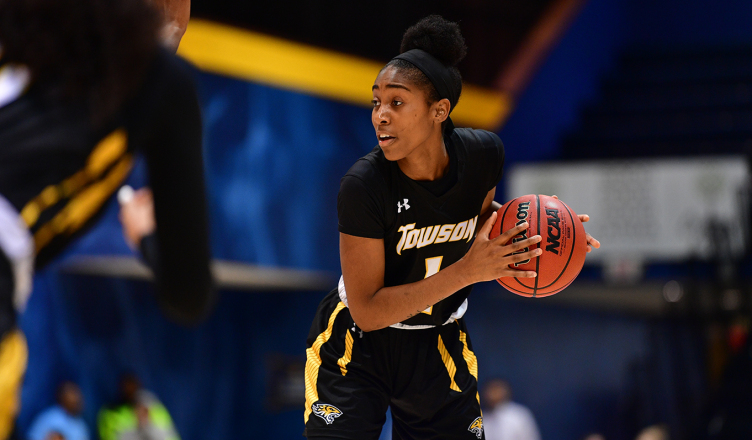 Towson ended its season with a 58-47 loss to UNC Wilmington in the opening round of the CAA Women’s Basketball Championship at Drexel’s Daskalakis Athletic Center in Philadelphia Wednesday.

The game got off to a slow start as the Tigers (9-21 CAA) trailed the Seahawks (12-18 CAA) by 14 points after the first 12 minutes of the game. The Tigers played strong defense, though. holding the Seahawks to 35.4 percent shooting and forcing 19 turnovers.

Junior Danielle Durjan led the team on a 14-2 run before half time, scoring seven of those points. Durjan finished with 15 points over the course of the game for her sixth career double-digit performance.

Towson’s defense was unable to catch up to UNCW, as its opponent scored five straight points to end the first half leading 29-22. Though Towson trailed UNCW for much of the game, the team bounced back from multiple double-digit deficits.

Early in the fourth quarter the Tigers faced a 12-point deficit, but senior Mary Cuevas shrunk the gap to five. Cuevas finished with 14 points and a double-double. She ended her Towson career scoring in double-figures 18 times.

With 5:39 remaining in the fourth quarter, Towson missed its opportunity to score by committing a turnover and missing a pair of shots as UNCW held on to bounce Towson in the first round.