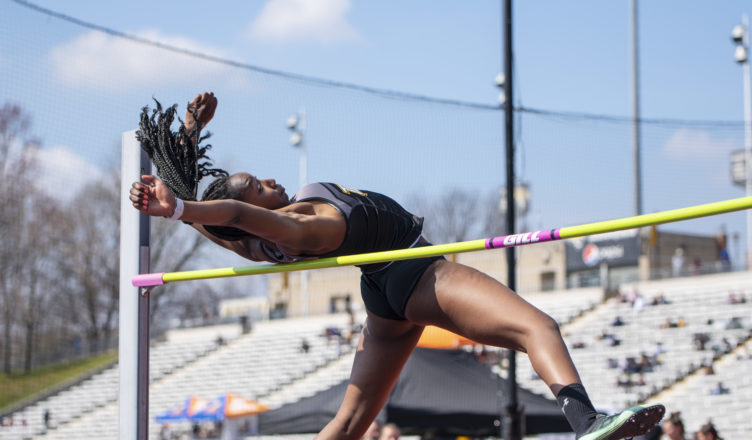 Towson placed second with 73 points at the 2019 Eastern Collegiate Athletic Conference (ECAC) Division I Outdoor Track and Field Championship this past Saturday and Sunday at Weaver Stadium in Princeton, New Jersey.

Albany won the meet with 76 points, but this was Towson’s best finish in program history at this event.

“It’s always disappointing to lose when you have a chance to win, but I’m definitely excited about the fact that we improved, as a program we went from third to second and continue to move up the ranks,” said Head Coach Mike Jackson.

“She’s one of the best, she was also the indoor champion in the shot put, or top two,” Jackson said. “The championship season, she’s one that always comes out on top.”

Senior Phontavia Sawyer finished fifth in the discus with a throw of 42.66-meters.

Sawyer’s throw of 13.60-meters landed her seventh place in the shot put. Obijiaku and Sawyer combined for 12 points in this event.

The 4×400 relay team of freshman Alexandria Kitchell, Penda, Reid and senior Arianna Waller took third with a time of 3:53.74.

Day one of the meet featured the 4×100-meter relay team of freshman Shamika Burton, Johnson, Reid and Waller, who set a school record of timing 45.40 seconds after finishing first and also winning their heat.

“It’s great to start off the meet like that. Our goal is to qualify for the NCAA first round which we probably did not,” Jackson said. “While we’re happy we won the event, we didn’t reach our ultimate goal, so it was bittersweet.”

Obijiaku finished fifth in the hammer throw with a toss of 58.35-meters.

Towson already has four athletes that will take part in the NCAA Division I East Preliminary Round at the University of North Florida in Jacksonville, Florida between Thursday, May 23 and Saturday, May 25.

“There are four people who are guaranteed at this point, that’s Michella Obijiaku, Hayley Horvah, Phontavia Sawyer and Shelby Franics,” Jackson said. “Michella is in the shot put, Phontavia is in the discus, Hayley in the pole vault and Shelby is in the 400 hurdles.”

While more Tigers may soon be selected for the NCAA meets, coach Jackson knows what the focus will be for these four.

“We’ll continue to practice like we have all year. We’ll focus on keeping them sharp and getting them mentally ready,” Jackson said.