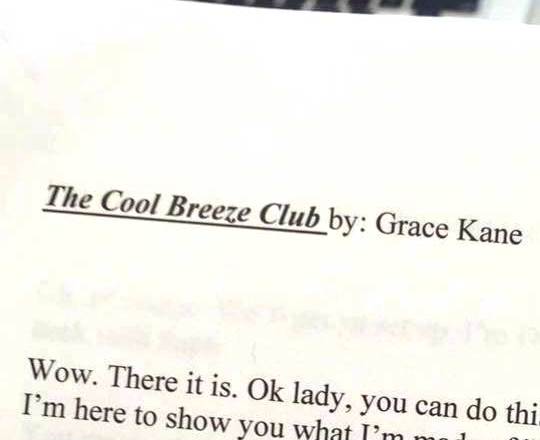 From Friday night to the following Saturday night, Towson students had 24 hours to write, direct and perform six plays that were wholly their own, with no outside help.

The event, called the 24 Hour Play Slam, was coordinated by the Towson University Department of Theatre Arts on Sept. 15-16, to give participants an unique opportunity to dive into the creative process with no distractions.

The event was created by a graduate theatre student who pitched the idea and partnered with Towson Associate Professor David White in 2007, who now advises Play Slam every year.

“Being able to get a lot of people together and make art is a really unique experience,” White said. “My favorite part of the Play Slam is anytime the students are having the most fun.”

Senior acting major Becca Glantz participated in the committee that organized the event.

“Organizing Play Slam takes a lot of collaborating with your peers,” said Glantz. “The plays are all written and directed within twenty-four hours. To select the playwrights and directors we just want to know that you’ve written or directed before, and that you know the basics.”

When asked why she loved the event, Glantz said, “It’s the first time I met so many people in such a quick amount of time, and it’s impossible to not be friends with them after.”

The 24 Hour Play Slam began with a meeting Friday night to determine which actors the playwrights and directors were given to create their play. After the meeting, the selected playwrights had until 7 a.m. Saturday morning to finish writing their scripts.

The playwrights stayed the night in the Center for the Arts, and stayed awake the entire night writing their own, totally original plays.

“I was given the prompt and spent 20 minutes screaming mentally,” Alex Harrington, junior theatre studies major and Play Slam playwright said. “The idea finally came to me at 1 a.m. this morning. I chose to write a play for the Play Slam because the idea scared me.”

Harrington said that Play Slam brought life to her ideas.

“The best part was getting to hear the first readthrough of my play after I worked so hard on it all night,” Harrington said. “It felt like it was no longer just on paper, it was real.”

The directors worked with the actors from 8 a.m. to 8 p.m. Saturday in order to produce six stunning performances of the freshly-written plays that night.

“My favorite part of the Play Slam is the final product because the actors are so nervous about it, but the audience gives them so much,” senior acting major Christy Czajkowski said. “The audience is so generous. It livens the whole piece.”

The actors had 24 hours to memorize their lines for the plays, learn their blocking and find their costumes.

“My favorite part of the Play Slam was when I realized that it wasn’t super serious, but just another way of having fun and exploring your different talents and the different aspects of theater,” said Jacob Sanchez, freshman acting major and an actor for the Play Slam. “I’m drawn to acting because the theater is a safe space where everyone can be loud and obnoxious, quiet and shy, or anyone you want to be and still be accepted.”

There were six plays that were performed at the end of the day, including “Unwoke Beauty” by Aris Hines, “#1 Rule About…,” by Becca Altschul, “Berlin Operatives Intelligence Squad (B.O.I.S)” by Alexandra Harrington, “Roommates” by Liam Watkins, “Sleepover” by Sydney Pope and “The Cool Breeze Club” by Grace Kane.

“My favorite play to watch was “Roommates,’” said Jake Schwartz, freshman acting major and actor for the Play Slam. “Its comedy was brilliant, and it was extremely accurate.”

Schwartz acted in the play “Unwoke Beauty” and played a character named “Jake.”

“Being in the show was fantastic, everyone in the cast was so experienced and smart. It made it very easy for a first-timer like me to jump right in,” Swartz said.