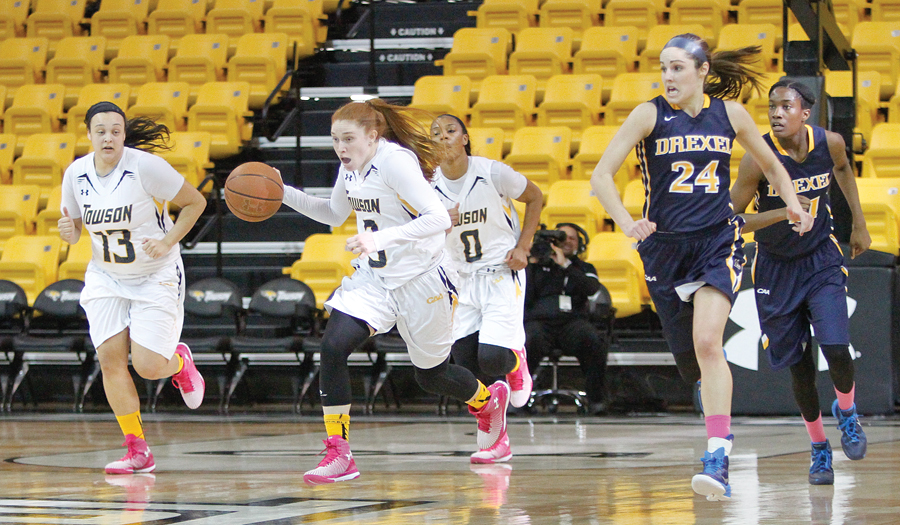 No. 8 seed Towson will take on the No. 9 seed College of Charleston Cougars in the Colonial Athletic Association tournament play-in game on Thursday at 12 p.m. The winner plays against No. 1 seed James Madison on Friday at 12 p.m.

“We’re excited about this time of the year because we’re 0-0 like everyone else is,” Head Coach Niki Reid-Geckeler said. “We’re prepping and at this point it’s one-and-done, so we have to come out strong.”

The Tigers (10-20, 6-12 CAA) will look for senior leadership, including redshirt senior forward LaTorri Hines-Allen, who leads the team with 16.9 points per game and 9.6 rebounds per game.

“I’d like to see more balance from our team going into this because we’re going to need a number of players to step up in order for us to win,” Geckeler said.

Towson will also look to junior guard Dominique Johnson, who has made 67 three-pointers this season.

“We cannot take [College of Charleston] or anyone lightly,” she said. “Right now, chemistry is very important going into this weekend. We are trying to play the best basketball right now and build off of one another.”

Forward Breanna Bolden leads College of Charleston with 13.7 points per game and 6.8 rebounds per game.

Towson will need certain players to step up, including senior guard Ciara Webb, who has played strong in the last few conference games of the regular season. Webb had 30 steals in conference games this season.

The Tigers will play the Dukes (26-3, 17-1 CAA) if they win. Junior guard Precious Hall, who leads the conference with 21 points per game this year, will highlight James Madison.

Towson lost both games against James Madison this season, but only lost its away game by one point.