Towson remained unbeaten this weekend, pushing its record to 6-0 on the season at the Appalachian Invitational.

This is the second straight season that the team has started 6-0, and the sixth time in program history.

The Tigers swept their second tournament of the season, defeating Appalachian State 3-1, Virginia 3-0, and ETSU 3-1.

“What a good weekend for the team,” Head Coach Don Metil said. “Being able to beat Appalachian State with their strong recruiting class, a power five school in Virginia and a NCAA qualifier last year in ETSU is a strong place to build upon.”

Junior Carola Biver led the way for Towson. She recorded 39 kills, hit .258 and was named the tournament’s MVP.

Holehouse had a strong defensive performance with 54 digs along with 17 assists and four service aces.

Sophomore Marrisa Wonders had her fifth double-double in six matches with 33 assists and 10 digs, while junior Peyton Moyles had her second double-double of the season.

“The team has kept a great attitude entering the season and have maintained a level head through both ups and downs,” Metil said. “Being able to keep this attitude is a major reason why the team has found the success, and will be important in staying successful.”

The Tigers stayed hot in the first game of the doubleheader Saturday with a win against Virginia in straight sets: 25-20, 25-16 and 25-19.

Otero recorded her second straight double-double. She tied Kuilan for the team lead in kills with 14. Moyles contributed as well, recording 19 assists while, Holehouse had 17 digs and seven assists.

“We kept the same depth chart on the floor, but we moved around some of the players,” Metil said. “Sudden changes to lineup can force the other team to adjust on the fly, which is not always the easiest thing to do.”

Towson hosts the Towson Tiger Invitational Sept. 7-10 at SECU Arena. The action starts Thursday at 7 p.m. as the team faces Cal State Fullerton in the first of five matches over four days. 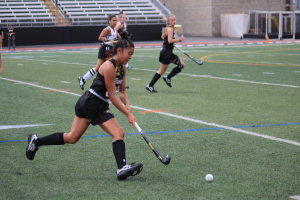 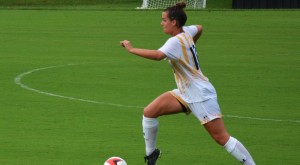