After an outdoor concert festival in Lot 26, day two of Tigerfest drew over 1,000 people for live performances by Dreezy and 2 Chainz.

“I’m so happy Towson is finally on the map because of how big an artist 2 Chainz [is],” junior Ben Del Rosario said. “People are talking about us now.”

The lineup for the concert featured DJ Hoop Dreams and Dreezy, DJ East Sun and 2 Chainz.

“We base our decision about the lineup based off of the artist students chose through the Tigerfest survey,” Campus Activities Board Marketing Chair and sophomore Benjamin Soulignavong said. “There were not challenges getting 2 Chainz to perform.”

Tigerfest weekend kicked off with a block party on Friday complete with carnival rides, food trucks, games and a beer garden for students 21 years old and over. The theme for this year’s fun was “#goodvibesonly.”

Students had the chance to enjoy performances by their friends and peers.

Student groups, including the Le Belle and Allure dance teams as well as Phi Beta Sigma, performed between the main musical acts.

“It was really nice to perform,” sophomore and Phi Beta Sigma member Kalin Hicks said. “Hopefully everyone enjoyed it as much as we did.”

Bryant sang some of his best known songs, “Little Bit of You” and “Take it on Back.”

“I don’t really listen to country music,” sophomore Khadean Coombs said. “[But] he did a cover of the song ‘Superstition’ by Stevie Wonder and other songs that made it a lot of fun.”

“I ate a really great burger,” sophomore Taylor Del Valle said. “The photo booth was nice and fun. I am going to hang the pictures in my room.”

Saturday night, Dreezy and DJ Hoop Dreams stirred up the energy in the arena with her freestyle during the opening performance.

2 Chainz rekindled the hype when he took the stage by letting the crowd sing to him and getting them to scream out to his comments and questions.

“The floor was so lit this year,” senior Veronica Twigg said. “This was by far the best time I have had at the Tigerfest concert.” 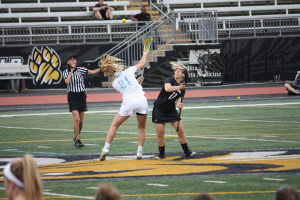 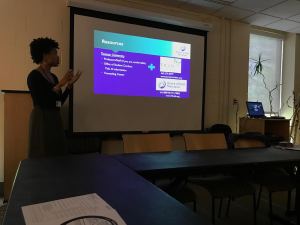