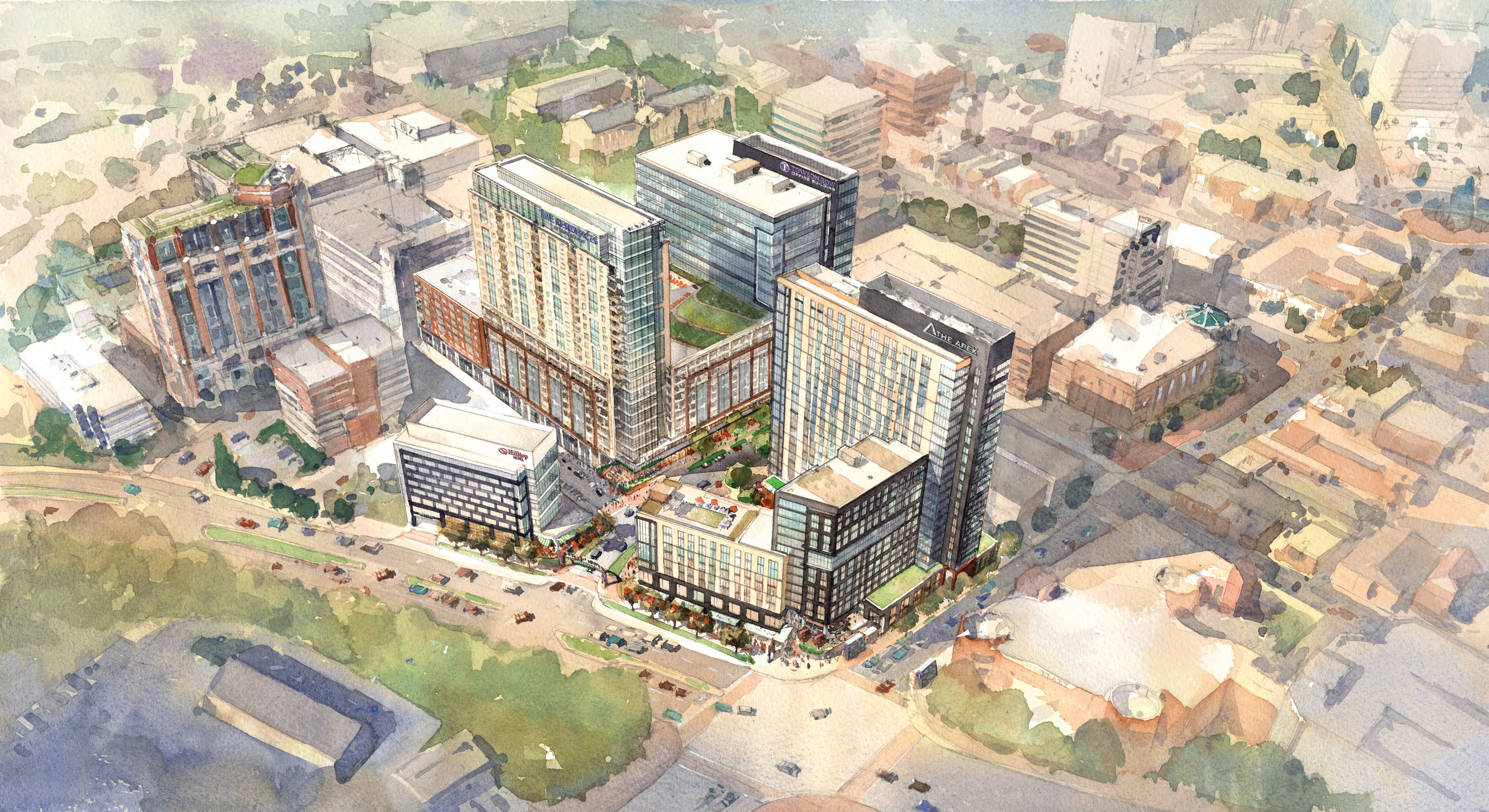 The $350 million mixed-use development project Towson Row, estimated to be completed in three years, will bring offices, luxury and student housing, a hotel, restaurants, retail stores, a green plaza and a Whole Foods within walking distance of campus.
Members of the University and surrounding communities gathered at the intersection of Washington and Susquehanna avenues for the “site debut” Friday.

“Towson Row will transform the Towson skyline and become a focal point that reflects a dynamic downtown while respecting the scale of surrounding buildings,” Baltimore County Executive Kevin Kamenetz said in a press release.

This project is one of the largest of the $1 billion in recent private investment in downtown Towson that also funded the building of the Cinemark Theatre, the restaurants in Towson Square, 2,700 new apartments and townhomes and the Towson City Center office tower.

Towson University Interim President Timothy Chandler was present at the debut and said that TU has been involved and interested in the project from the start due to the additional student housing that the development will provide, and the physical link between campus and uptown Towson.

He also said that there is the possibility that TU may have a “physical presence” at Towson Row in the form of a building or part of a building.

“Such a building could support TU’s outreach activities in and with the Towson community,” Chandler said in an email. “There is no doubt that Towson Row will make Towson an even more attractive city, with even more amenities for its students, faculty and staff.”

Arthur Adler of Caves Valley Partners, the Towson-based real estate development company leading the project, described the history that lead up to the decision to begin these various projects in Towson.

He referenced Harbor East in Baltimore as a “transformed district” and compared it the future he sees for Towson.

“Towson Row will be alive everyday,” he said.

Kamenetz said that the project will expand Towson’s tax base and transform the city due to its ideal placement just inside of the beltway, and Baltimore County Councilman David Marks discussed the positive environmental aspects of the development.

Marks said that the project would contribute to the “smart growth” of Towson.

Stormwater management, native plantings, sustainable materials and energy efficient lighting will be elements of Towson Row’s sustainable design, according to the press release.

Nancy Hafford, executive director of the Towson Chamber of Commerce, took to the podium before the crowd at the site covered in dirt, rubble and large construction equipment, and expressed her eagerness for the construction team to break ground.

“I want them to blow something up today,” she said.

Hafford said that the goals for the project created by the Chamber of Commerce are to help local businesses prosper and grow, to increase job opportunities, to encourage responsible growth and development of all segments of the community, and to contribute to the overall economic stability of the county.

In the closing statements by current Board of Directors member and past Vice-President of the Greater Towson Committee, Hugh Robinson, said that the project is a “spectacular investment.”

He led the crowd in a toast and said as they raised their glasses, “it’s Towson’s time.”