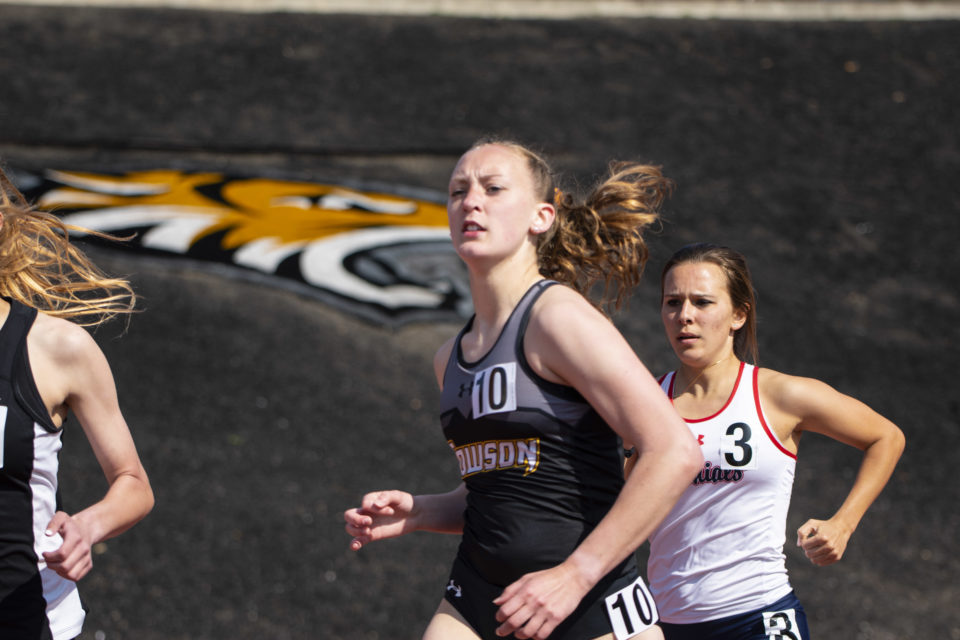 Senior Phontavia Sawyer set a new school record in the discus as she placed fifth with a mark of 50.85 meters on Friday.

“She’s done an outstanding job all year,” said Head Coach Mike Jackson. “There was some great competition at the Penn Relays and she did a great job breaking her own record.”

“Great accomplishment for our program,” Jackson said. “We were just going to run one race, but then with that opportunity we took advantage of it and [I’m] really proud of them.”

The mark set by the 4×100-meter relay team comes in as the second-fastest time this outdoor season with the fastest time of 45.65 being set at last week’s Morgan State Legacy Meet.

The 4×100-meter relay team qualified for the Penn Relays Championship of America by placing second in their heat on Thursday, finishing with a time of 46.01 seconds, the ninth best out of 66 schools.

Freshman Hayley Horvath won the pole vault for the fourth time this season after clearing 4.00 meters for the third time.

“Everywhere she goes she wins or has a great chance to win,” Jackson said. She’s a special talent. Great ability, great athlete, very competitive and always comes out on top.”

Junior Michella Obijiaku set a personal record in the hammer throw after winning the event with a toss of 56.57-meters.

“Coach [Zac] Ball, her throws coach, was very excited about her,” Jackson said. “She didn’t throw as well as she would have liked to in the shot put so she responded in the hammer throw.”

Towson will next compete at the CAA Championships held on Friday, May 3 and Saturday, May 4 in Elon, North Carolina.

“Get mentally prepared, do some sharpening of our tools as we prepare to try and win,” Jackson said. 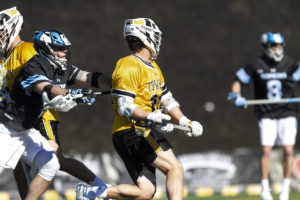