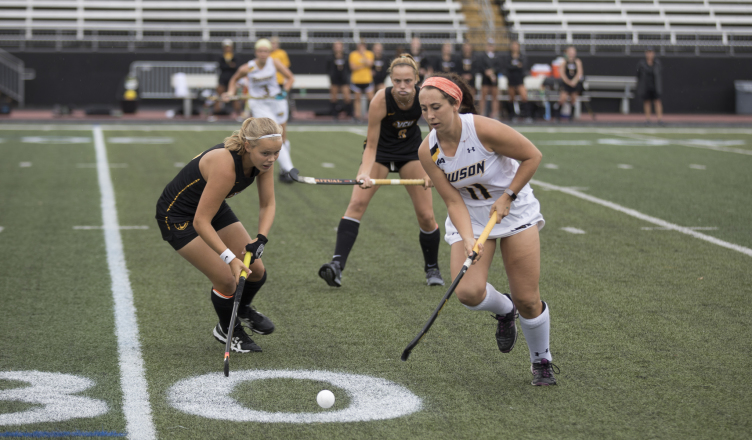 Davidson (1-1) struck first 16:25 into the game off a penalty corner by senior forward Kristin Kisa. The Wildcats had six penalty corners throughout the game, but that was the only time that they were able to capitalize.

With 5:44 remaining in the remaining in the first half, Towson (0-2) responded with a goal of its own as junior midfielder Katie McNeel scored off an assist from sophomore attacker Kendra Sikes to tie the game going into halftime.

The Wildcats broke the tie 13:41 into the second half on as senior defender Courtney Byler found the back of the net. Davidson would extend its lead to two later in the second half when  senior midfielder Leigha Nortier ripped in a goal.

“This was the first time in a really long time we have outshot our opponent two games in a row,” Jackson said. “To pull that off with a ton of freshman on the field is exciting.”

Freshman goalkeeper Ashleigh Bathras showed nice flashes as she made three saves on the day for the Tigers.

“She exceeded our expectations so far and she’s risen to the occasion,” Jackson said. “Every time she shows up to train or play, she gets a little better and a little stronger.”

On Friday night, Towson fell in its season opener 2-0 against Appalachian State at Brandon and Erica M. Adcock Field.

The game was scoreless for most of the first half until freshman midfielder Fredi Stegen scored for the Mountaineers (1-1) with 1:54 remaining in the first half.

“We need to take care of the ball better at mid-field and stop turning the ball over,” Jackson said.

The Tigers kept the game close in the second half, until sophomore forward Chloe Bell scored a goal for Appalachian State with 10:32 remaining in the game to seal the win for the home team.

Even though Towson is yet to win a contest so far this season, the team’s goal differential is just -4 in just two games this season compared to -10 in the first two games of last season.

“There was tremendous improvement in the first two games from this year to last,” Jackson said. “After watching them play this weekend, we are generating great opportunities to score and now we need to build on that and work on finishing,”

Next, the Tigers will compete Friday night against Lock Haven at Charlotte E. Smith Field before returning to Johnny Unitas Stadium for the home opener against Scared Heart Sunday afternoon. Game time against Lock Haven is set for 6 p.m.