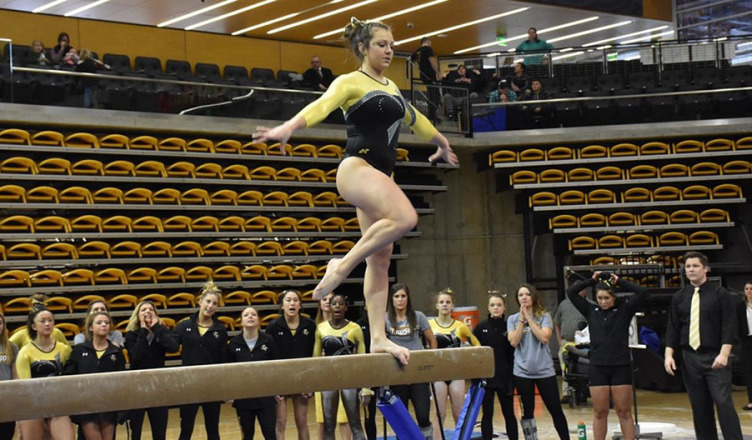 Leading the way for the Tigers was junior Gabriella Yarussi, who won her first all-around title with a score of 39.350. The performance came on a day that the Tigers rallied after a rough start.

“The girls just went out and did what they needed to do,” Head Coach Vicki Chliszczyk May said. “Being able to keep our mind focused after an early fall shows how the girls continue to battle adversity with flying colors.”

Yarussi also placed second in the floor exercise (9.875) to set a career-best. Junior Tyra McKellar tied for third place in the event (9.850).

In the meet, Towson set five career-best scores and four season-best scores in which they beat a ranked opponent.

“While our focus remains on our overall score it is nice to be able to beat ranked programs,”  Chliszczyk May said. “Its shows the hard work and dedication the girls have put in really pays off.”

The Tigers have a week off before they travel to Eastern Michigan for a dual meet on Feb. 20 at 7 p.m.