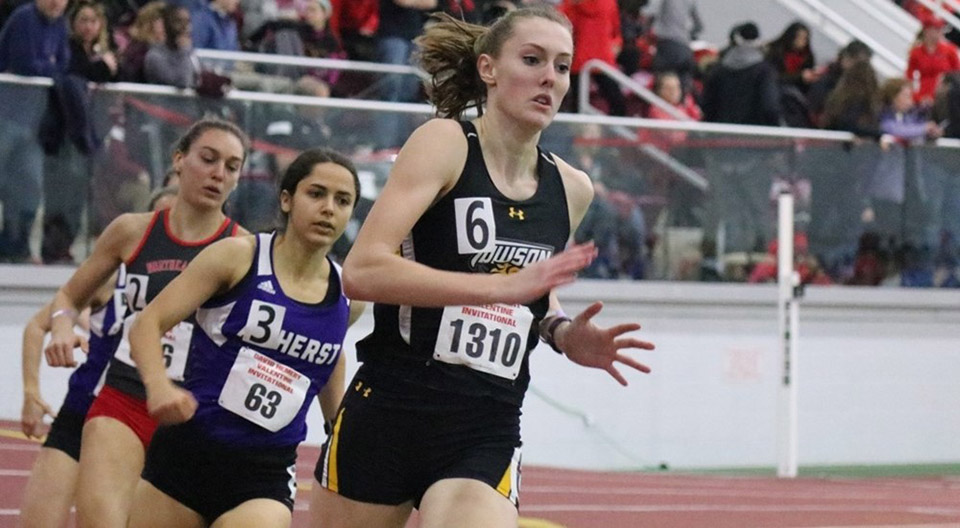 Towson set a school record in the 4X400-meter relay race at the Villanova Invitational Saturday at the Ocean Breeze Track and Field Complex in Staten Island, New York.

“I think the bottom line is, we were ready,” Head Coach Mike Jackson said. “We talked all week about focusing on winning and that if we were able to win that race that we would run a great time. We were able to carry out the plan. I was excited with the outcome.”

Reid and Kelly also set a pair of personal bests in the individual 400-meter dash. Reid placed second in the with a time of 56.74 while Kelly placed fourth with a time of 57.18.

Jackson had praise for many of his other athletes after the Villanova Invitational, too.

“Our milers did very well, had some solid performances,” Jackson said. “Ladies in the 3K also had personal bests so we were happy with how they performed so I thought it was a solid weekend with them.”

“I think we’ve been waiting for this moment,” Jackson said. “[Davis] sat out last year and was unable to compete so she’s finally had an opportunity. She did exactly what we expected of her and that was to do something great and memorable. We’re not surprised with what she’s done, but just looking forward to the rest of the season.”

The Tigers have continued to set school records this season which has pleased Jackson.

“I think it’s encouraging to see people reach their goals and start to believe beyond what they thought they could even do,” Jackson said. “It’s very encouraging for me as a coach and very exciting for them as student athletes.”

Towson will compete in its final two meets of the regular season this week, the Sweetheart Multi-Mix Invitational Thursday and the David Hemery Valentine Invitational Friday.

After two meets this week, Towson will take its qualifying team members to compete in the ECACs in Boston March 3 through March 5.