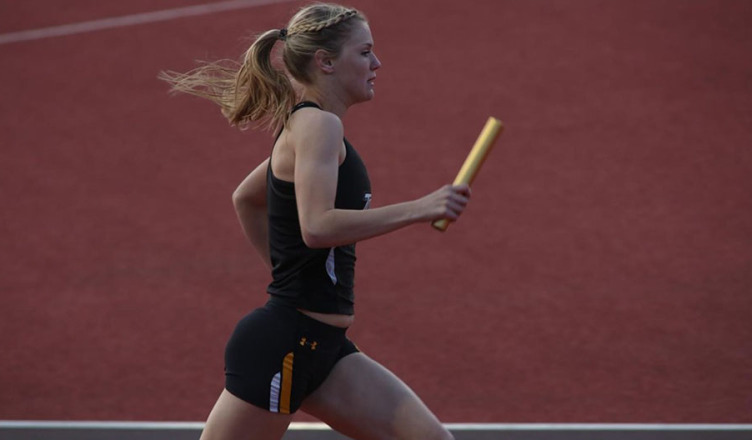 Towson set two school records and qualified one athlete for the Eastern Collegiate Athletic Conference Championships Saturday during the the Fastrack Last Chance Meet at the Ocean Breeze Track and Field Complex.

“It was a solid performance, I think she can do a lot better,” Head Coach Mike Jackson said. “She’s still learning the race, wasn’t as aggressive as we would have liked for her to be, but still good to be able to get a record and if we do run it again I think she’ll do even better.”

Freshman Jamila Brown also set a school record by finishing the 200-meter dash with a time of 24.52.

“She is a very good and talented athlete,” Jackson said. “She’s a freshman with us so every single step of the way is a new experience and journey for her. She is doing a lot of learning, and we’re learning her to get to know her to try to figure out what works best for her, but the sky’s the limit in terms of what she can do in the future.”

In the field events, freshman Sarah Bourdon placed fourth in the pole vault with a personal-best mark of 13.39 meters.

Junior Ksenia Safonova qualified for the ECAC Championships with a personal best of 16.50 meters in the weight throw.

“You want to do well when it matters most as we get to ECAC week,” Jackson said. “For those who are going to compete, it sets us up with success and really is a great confidence builder. For some people it was their last race of the indoor season so they wanted to finish well and finish strong so I thought we were able to accomplish both.”

Jackson has goals in mind for next week’s ECAC Championships.

“Last year I think we scored about six points,” Jackson said. “This year I want to double or triple that if not more so we want to prepare to get to finals and have our student-athletes prepare to score some major points.”

Towson only has one goal in mind for next week’s big event.

“Play to win, period,” Jackson said. “You play to win you’ll usually compete well. If you focus on beating everybody you compete against I think that’s the thing that brings out the best in us and then just focusing on understanding that we are one of the best programs around and we need to compete like that every time we go out.”

The ECACs will be held in Boston from March 3-5.