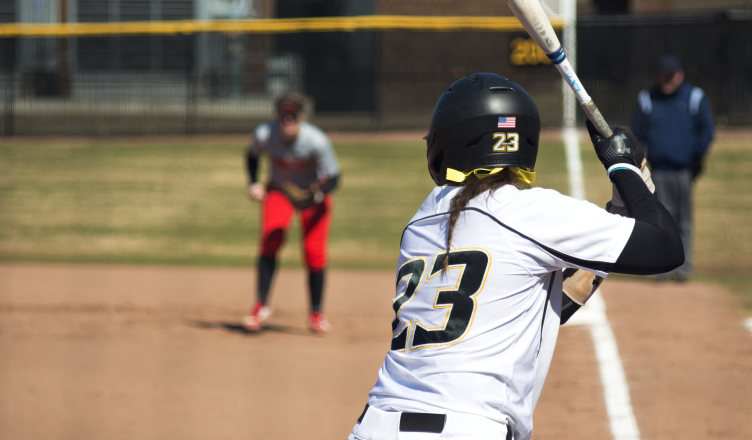 The Tigers split a pair of contests against George Mason on Saturday afternoon in Towson.

Towson (1-1) fell in the first game, but bounced back to capture the second matchup.

The first game featured a good performance by Towson.

“We pitched really well,” said Head Coach Lisa Costello. “I think we did a nice job. We hit the ball pretty hard and had some really good at bats. We hit a lot of balls at people…we had some opportunities and weren’t able to cash in on ‘em so hopefully that’s something that we’re able to work on this week.”

In the second matchup, Towson capitalized on opportunities.

“Actually we took advantage of some of their mistakes,” Costello said. “So again we hit the ball hard and our pitchers did a really nice job.”

Pitching was also a key factor on Saturday as the Tigers had several solid performances from their pitchers.

“Mel [sophomore Melissa Abrahamian] started game one and I think she did a really nice job,” Costello said. “The whole pitching staff did. All six of ‘em threw. All six of ‘em did really well so I think if I had to focus on any one group of kids it was our bullpen kids.”

Next, the Tigers will head to College Park to take on the University of Maryland on Saturday. Game time is set for 1 p.m.

“We’re not so much worried about who we’re playing each week,” Costello said. “Each weekend is an opportunity for us to compete against somebody else and for us to learn how to make adjustments and improve on what we did last week going into next week so rather than focus on Maryland or Georgetown or whoever it is it’s the next team up. In the fall we really focus on us in making sure we stick to what we need to do to be ready for the Spring.”