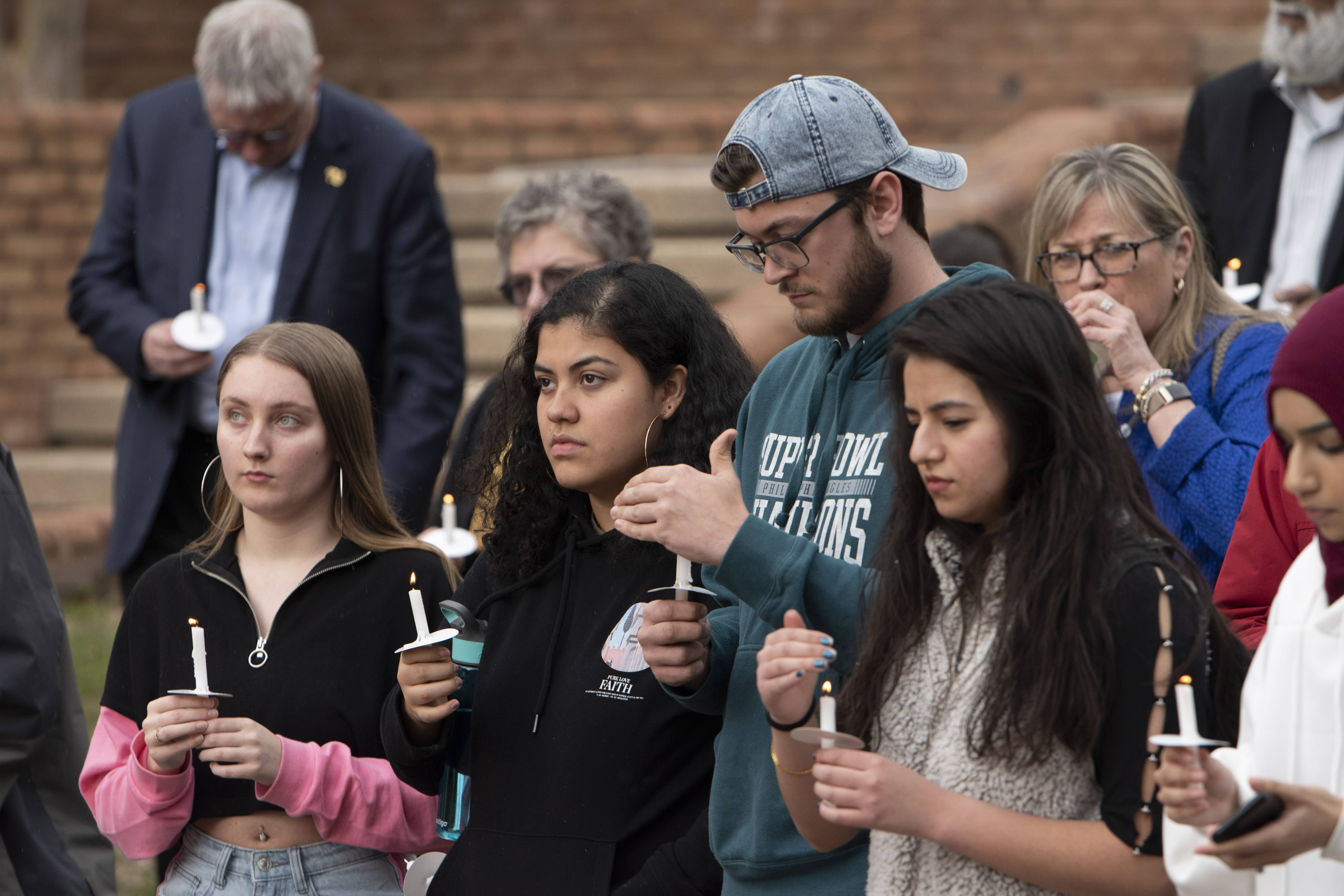 Members of the Towson University community gathered for a candlelight vigil at Speakers Circle Friday afternoon to mourn the loss of the victims of the Christchurch massacre in New Zealand.

The Christchurch mosque massacre on March 15 involved two consecutive terrorist attacks that began at the al Noor Mosque and ended at the Linwood Islamic Center. The attack killed 50 people and injured 50 others in their place of worship and for their community.

According to his manifesto, the perpetrators goal of the attacks aimed to spread anti-Islamic and anti-immigrant sentiment throughout the world.

Since the Christchurch attack, Islamophobic crimes in the United Kingdom have increased by 600%, a California mosque was set ablaze, and a mosque in Columbia, Maryland received and online threat that they might be next, demonstrating the impact of the shooting.

Rabbi Mendy Rivkin of Chabad-Lubavitch in Towson mentioned when he spoke with Sana Kirmani, Muslim Chaplain and Advisor to Muslim Students, he said that his students are scared.

“It sounds ridiculous I know it does,” Rivkin said. “When you tell somebody I’m scared to walk outside because I don’t know how people are going to treat me. You say this is America 2019 what does that mean? Until you pick up a newspaper and you read some of the things that can happen.”

Speakers at the vigil explained the importance of unifying after a tragedy like this and coming together with love to eliminate hate.

“The SGA of Towson stands beside the Muslim Student Association and all people of the Islamic faith in solidarity as they mourn the event that took place in Christchurch New Zealand,” said Jordan Lean, SGA Director of Diversity and Inclusion. “This event is another reason why people of all faiths, all races, all ethnicities, gender identities, sexual identities and more should stand together to denounce such hatred.”

Aysha Ameen, Secretary of the Muslim Student Association, emphasized the need for collective action to break down systematic supremacy in order to prevent future tragedies from occurring.

“The tragedy in New Zealand is not new, and we cannot think that it will not happen again because the systems and ideologies which allowed for this act of terror are still in existence,” Ameen said. “Thoughts and prayers are not enough. We need to take collective action.”

Towson University President Kim Schatzel shared her condolences to the victims and their families.

As students are grieving, Vice President of Student Affairs Deb Moriarty expressed that Towson University is here to support students.

“My heart hearts for those of you who are on campus who are hurting as a result of this,” Moriarty said. “Know that we are here to hold you close to hold you up and to support you as you work through your own grief and our job is to make sure that you feel safe on our campus.”

President of the Muslim Student Association Romesa Mustafa, expressed gratitude for the university in facilitating an environment where students can feel safe.

“I am a Muslim student,, and over here at Towson I do feel safe because of all of you guys,” Mustafa said. “So I want to say the effort that you guys make in protecting us and keeping us safe, it has not gone to a waste.”