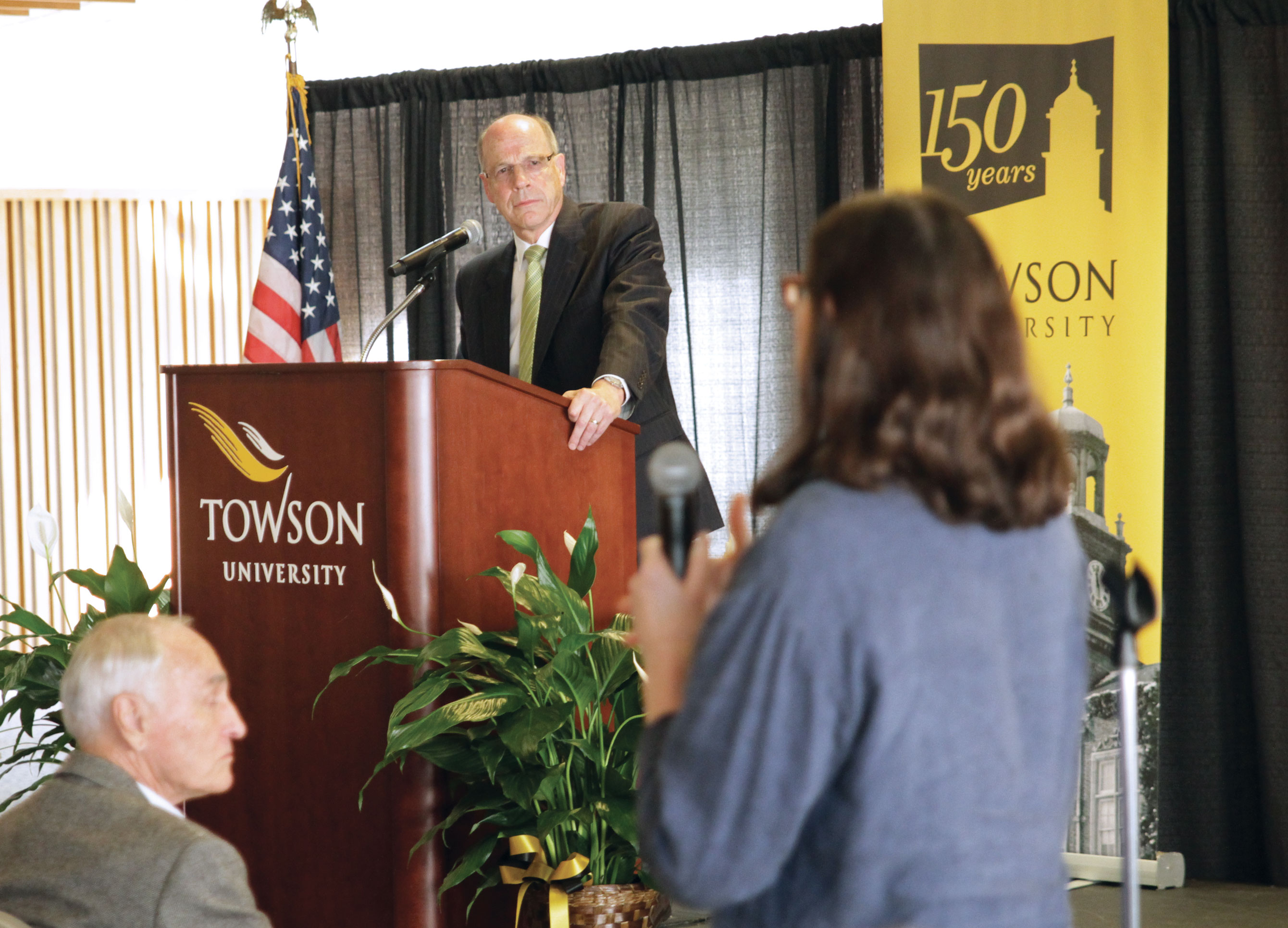 In a campus-wide email May 17, Towson President Kim Schatzel announced the formation of a search committee to find a new vice president for inclusion and institutional equity.

Now, with classes starting and September creeping closer, Provost Tim Chandler, one of the co-chairs, said the committee is together and ready to find someone to step into the position.

According to an email that was sent to the Social Justice Collective listserv at Towson, the committee will have a membership of around 20.

While that is large for a search committee, the provost’s office said that it was important to “err on the side of inclusion over manageability,” according to the obtained email.

Chandler said that he hopes the committee will be able to announce someone for the position by December or January.

Issues of racial inequality and exclusion started gaining traction on campus when a group of student led a march in Baltimore after the death of Freddie Gray in police custody.

The sit-in came to a close when Chandler, who was then interim president, signed a document from the students expressing his commitment to working on a number of issues, including diversifying administration and faculty on campus.

The sit-in briefly propelled TU to the national stage when the university was mentioned in a TIME Magazine person of the year article.

Since the sit-in, TU administrators have updated The Towerlight on progress that they’ve made on each of the demands. A full report can be found online, and the web version of this story will link to it.

Chandler says that the first demand, increasing the number of tenured and tenure-track black faculty, will not be easy.

“The most difficult thing is trying to diversify our faculty so that it looks like our student body,” Chandler said.

According to the latest numbers from Towson’s Office of Institutional Research, Towson’s undergraduate population is 60 percent white, 18 percent African-American/black and 16 percent other.

Chandler, however, remains optimistic. He said he thinks that, if the new vice president is in place, it will send a message to potential applicants for jobs at Towson.

“The beauty of having this new vice president is that it says our institution has a commitment to institutional diversity and inclusivity,” Chandler said.