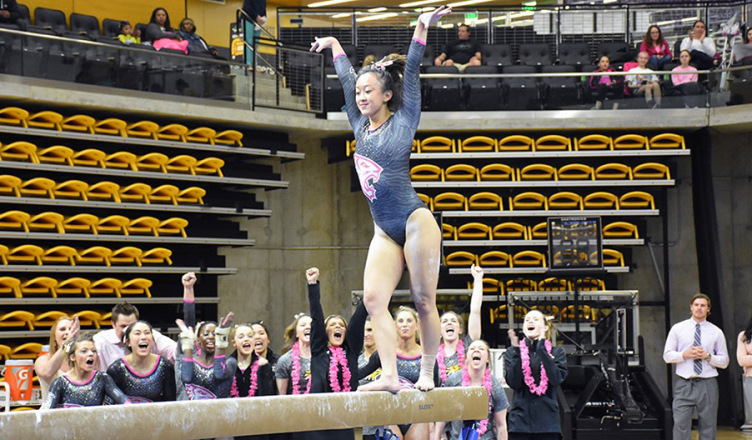 “We had a few situations in which we had small deductions due to not being perfect in execution,” Head Coach Vicki Chliszyzck May said. “While each deduction only costs very little points, these add up and that was the case Friday night.”

Towson’s best performance of the evening came on the balance beam, in which the team scored a 48.950.

The Tigers will look to rebound during their next meet in Raleigh, North Carolina, on Friday, March 10.

The meet will be held at Reynold’s Coliseum, the same location for the 2017 EAGL Championships on March 18.

Towson returns home for its last home meet of the season on March 12, as the team hosts Cornell and Brockport.

“Our goal for the remainder the season is to finish strong and perfect the small things,” Chliszyzck May said. “We will be working on small details this week with hopes of perfecting routines and putting together strong performances as we face the home stretch.”