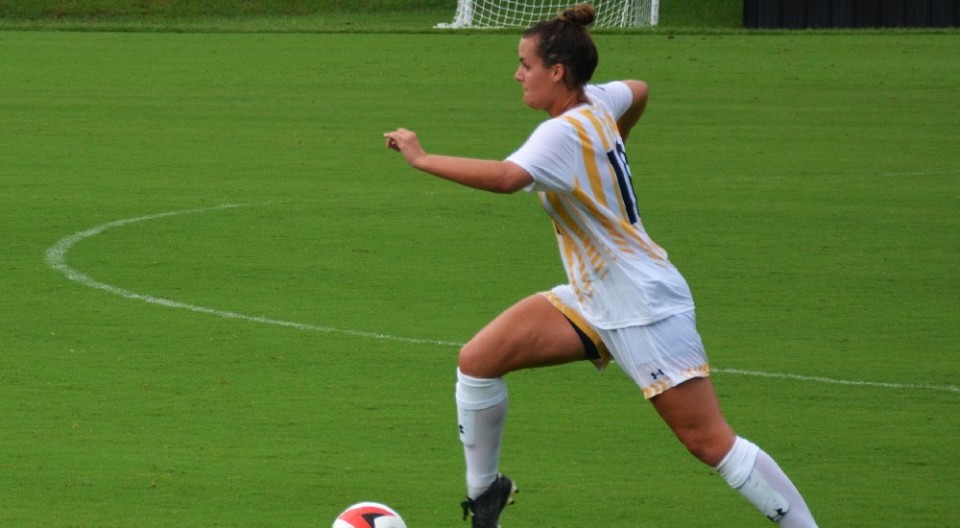 Towson suffered its second loss of the season Sunday afternoon at the Tiger Soccer Complex, falling to Saint Joseph’s 4-3 in overtime.

The Tigers (3-2-1) were productive on offense, but the Hawks (3-1-1) managed to score three straight goals to win the game.

Towson got off to a fast start when junior forward McKenzie McCaull scored her second goal of the year in just the second minute of play.

The Hawks evened the score later in the half when junior defender Paige Bergman crossed the ball to junior forward Hannah Racis for an easy header.

Towson went up on the scoreboard again as junior forward Evelyn Neidert slid a pass through the St. Joseph’s defense to senior Maddie Bove who ripped a shot into the corner of the net to give the team a 2-1 lead going into halftime.

Just 10 minutes into the second half, McCaull darted a pass to junior forward Sarah Quick who scored her second goal of the season to give the Tigers a 3-1 lead.

“We were able to find seams and had good passing patterns that helped us keep possession,” Head Coach Greg Paynter said.

Saint Joseph’s offense turned up the intensity midway through the second half in an effort to change the momentum, constantly looking for scoring opportunities.

Freshman forward Morgan Bower scored a goal at 75:31 on an assist from Racis to put the Hawks within one of the Tigers.

“[Saint Joseph] picked up their intensity and they created a lot of chaos on the field and we weren’t able to capitalize on that chaos and do something positive on our end,” Paynter said.

Towson managed to keep its lead through most of the game, but St. Joseph’s broke through when sophomore forward Gabrielle Vagnozzi tied the game 3-3 with just three minutes to play.

The game went into sudden death overtime and the Hawks carried all the momentum. The overtime period only lasted two minutes as Bergman scored on a corner kick to complete the comeback.

Towson looks to rebound on the road against George Washington Thursday. Opening kick is set for 5 p.m. 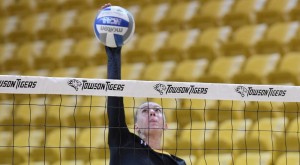 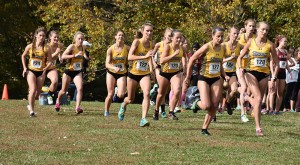