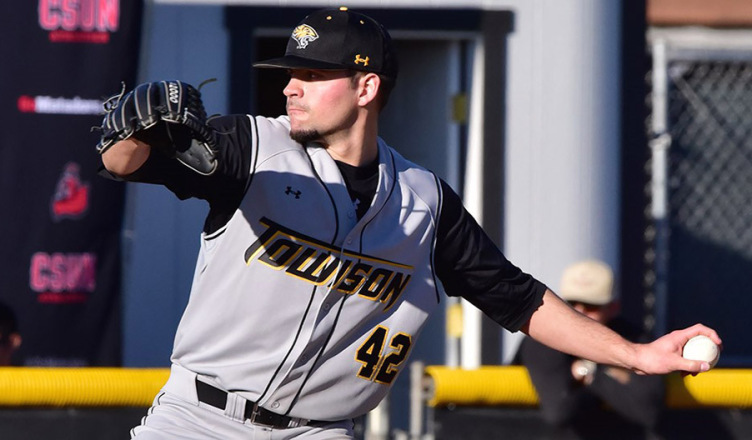 Towson completed a three-game sweep against Wagner this weekend in its first home series of the season.

Sunday, the Tigers played a doubleheader against the Seahawks. They took game two 6-3 and game one 2-1.

“We were not very consistent,” Head Coach Mike Gottlieb said. “We won in spite of our hitting.”

The second game of the doubleheader saw Towson take a 4-0 lead in the fifth inning, which proved to be the difference.

The Seahawks added two runs in the top of the ninth, but David Marriggi recorded the final three outs for the save.

Michael Adams backed Towson on the mound in the win. He struck out eight and gave up only one run on four hits.

“That was the best I’ve seen [Adams],” Gottlieb said. “Overall, everyone pitched well and they threw a lot of strikes.”

In game one of the Sunday doubleheader, sophomore outfielder Cuinn Mullins scored on a walkoff bulk to give the Tigers a 2-1 victory.

Friday, Towson trailed 1-0 in the bottom of the seventh but rallied for a 3-2 victory.

Towson scored two more runs in the inning and held off Wagner for this victory. This was the third game in a row that the team scored in the seventh inning or later.

“We pitched well, played good defense but we could’ve hit better,” Gottlieb said. “We need to look for more guys to be consistent.”

Towson will play two midweek games against Delaware State and the University of Maryland, Baltimore County. The team will then welcome Norfolk State to town for a three-game weekend series.