Towson was swept in a three-game series by Colonial Athletic Association (CAA) rival Delaware this weekend at Bob Hannah Stadium.

“There wasn’t a lot we did well,” Head Coach Mike Gottlieb said.

Due to rain in the forecast on Saturday, Towson played a doubleheader Friday in which the team dropped both games.

In game one of the doubleheader, Delaware took an early 2-0 lead.

In the top of the third inning, Towson got on the board when redshirt sophomore outfielder Mark Grunberg grounded out to score freshman outfielder Bo Plagge. Towson tied the game in the fifth inning when Plagge hit a double to score redshirt senior outfielder AJ Gallo.

The Blue Hens regained the lead in the sixth inning and extended their lead in the seventh thanks to two home runs.

In the top of the ninth inning, the Tigers attempted to rally. Sophomore catcher Trey Martinez singled to score Gallo and Plagge.

Later in the inning Grunberg singled to plate redshirt senior infielder Colin Dyer. However, the Towson fell short of a comeback and dropped game one of the doubleheader 7-5.

In game two of the doubleheader, Delaware jumped out to an early 2-0 lead. However, Towson got on the board in the fourth inning thanks to a solo home run from Plagge.

Plagge’s home run turned out to be the only offensive for production for Towson and the team fell to Delaware 11-1 in game two of the doubleheader.

“Ross and Marriggi pitched well at times,” Gottlieb said. “When we made a mistake with location, [Delaware] made us pay.”

Towson will play its final series of the season against UNC Wilmington May 18-20 at John B. Schuerholz Park. 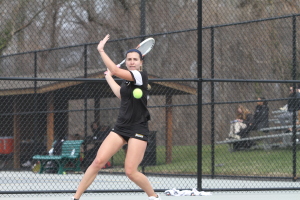 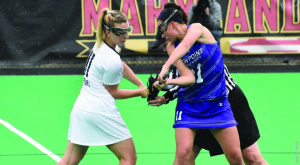