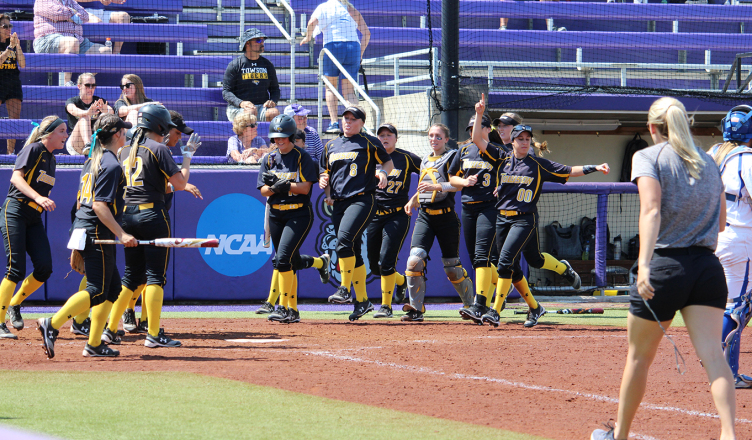 In the words of Boyz II Men, “It’s so hard to say goodbye.”

The Tigers could not rally to beat the Seahawks, despite sophomore first baseman Madison Wilson reaching base three times and two hits by freshman catcher Riley Thies and senior pitcher Olivia Baltazar.

The Seahawks (20-28) scored consistently throughout the game while keeping the Tigers (40-17) scoreless.

In the top of the seventh inning, the Seahawks extended their lead to 6-0 with three consecutive RBIs.

Wednesday afternoon, Towson fell to Hofstra 9-4 in the opening round of the CAA tournament.

In the top of the first inning, senior outfielder Kendyl Scott hit a double to center field, which was her 85th hit of the season.

Scott then advanced home after two wild pitches from Hofstra (38-12), giving the Tigers a 1-0 lead.

In the bottom of the first, the scoreboard flipped after Hofstra scored five straight runs for a 5-1 lead.

Both teams had an eventful fourth inning as junior utility Nicole Stockinger hit her 14th home run of the season. Hofstra then extended its lead to 7-2 after gaining two unearned runs on an error by Towson.

Later in the game, Hofstra stretched its lead to 9-2 after Towson allowed two runs.

In the top of the seventh, Wilson hit an RBI double to score Scott and Mounie, but it wasn’t enough to defeat the Pride.

With the season now over, the team looks to regroup and make a run next year.