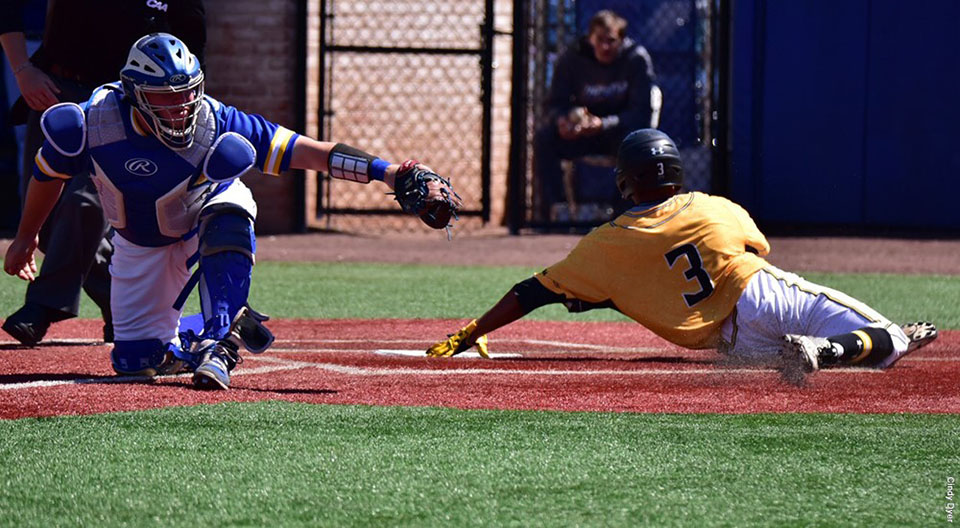 Hofstra went ahead 3-1 in the bottom of the first, but Towson quickly tied it up in the top of the second. Sophomore catcher Trey Martinez doubled to right center, which allowed junior infielder Logan Burke to score.

Towson fell behind for good in the bottom of the second inning. Attempting a rally in the sixth inning, Grunberg doubled to right center, scoring Burke and sophomore infielder Richard Miller. Falling short of a comeback, Towson lost 11-5.

Junior pitcher Michael Adams (2-3) took the loss as he gave up seven runs on 10 hits through 5.2 innings.

In Saturday’s game, Miller helped the Tigers get on the board early with an RBI single that scored Grunberg. Junior infielder Billy Lennox followed with an RBI single of his own as Gimblet scored. However, the Pride quickly tied up the game in the bottom of the first.

In the second inning, Miller delivered a bases-clearing double to left field that scored Martinez, Grunberg and Palacios.

In the fifth inning, the Tigers scored five runs on only one hit. With the bases loaded, senior redshirt infielder Colin Dyer was hit by a pitch, allowing a run to score. Palacios delivered the only hit of the inning, a two-run single.

Towson added two more runs in the top of the inning, securing a 12-6 victory and taking the series.

Kyle Stricker (2-2) collected the victory as he allowed three runs on five hits through four innings of relief. David Marriggi picked up his third save of the season.

Towson batters collected nine walks and were hit by eight pitches. This was also Towson’s fourth-straight game of scoring double digits in runs.

In the opening game of the series, Towson jumped on the board quickly as Miller delivered a two-run home run in the first inning, giving Towson its seventh home run of the week.

“Swings were better,” Gottlieb said. “Batters used the whole field and the opposite field.”

Towson broke the game open in the top of the sixth inning as they scored six runs on eight hits. Gimblet, Lennox, Dyer and Martinez contributed with RBI singles. Sophomore outfielder Cuinn Mullins drove in two runs with an RBI single, propelling the Tigers to a 10-2 victory.

Sophomore pitcher Dean Stramara (2-3) picked up his second win of the season as he allowed two runs on six hits through a career-high eight innings of work.

“We are showing the ability to score runs,” Gottlieb said. “They are making the adjustments.”

Towson will play a pair of midweek games against Navy and Delaware State. They will resume conference play this weekend against Elon at home.