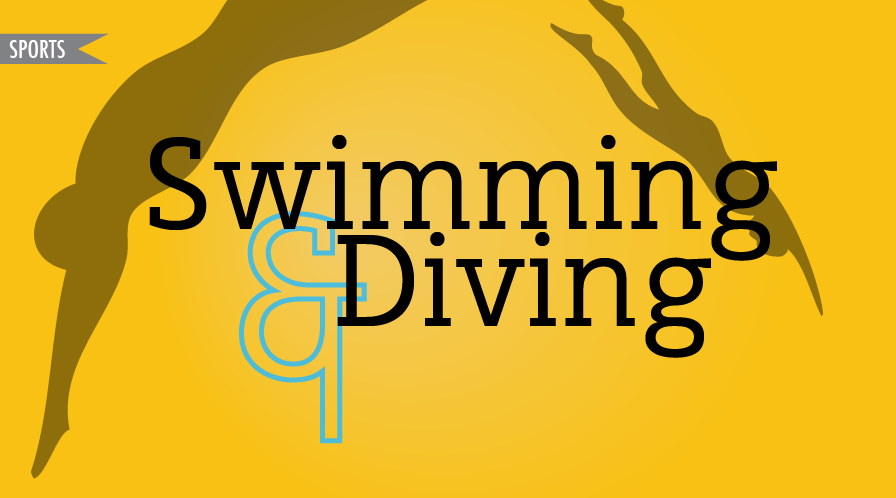 “It was definitely successful,” Acting Head Coach Jake Shrum said. “It was a lot of our team’s first year competing at the meet and that experience will be invaluable in the coming years.”

The youthfulness of the Tigers was on display as freshman Jack Saunderson finished the 100-yard butterfly in 48.03, good enough to earn bronze in the event with an NCAA-B Cut time. His preliminary time was 47.60 which set a school and freshman record.

His strong debut continued with a victory in the 200-yard butterfly event. His NCAA-B Cut time of 1:45.02 was good enough to set a CAA Meet record, a school record and a freshman record.

Continuing an impressive trend for Tigers was freshman Will Dougherty, who finished fourth in the 1650-yard freestyle event setting a freshman school record with a time of 15:29.86.

Relays have been a strong point for the team all season, a trend that continued in the championship rounds. The team of senior Matt Hans, Breschi, Saunderson and Todd earned a second-place finish and set a school record with a time of 3:16.48.

I talked with the guy’s team a number of times about putting a little bit more emphasis on being successful in relays,” Shrum said. “Both teams had great splits on all the relays, a testament to them swimming for the team.”

Senior Brech teamed with Hans, Breschi and McKenney to finish fourth-place in the 400-yard freestyle relay with a school record time of 3:00.29.

On the women’s side, the Tigers weekend was highlighted with two school records, 17 medals and six NCAA-B Cut times. The women finished with 515.50 points only trailing William & Mary (731.50) and James Madison (681.50).

“That was about the number of cuts I expected,” Shrum said. “Jenna Van Camp is going to be very close to qualifying for the NCAA Championship. We will find out about that in the next couple of days.”

Senior Hannah Snyder won gold in the 400-yard individual medley with an NCAA-B Cut time of 4:16.94 with fellow senior Christine Hammond following in a close second (4:19.84).

The weekend started strong for Towson as the team of Jenna Van Camp, Jacy Icard, Olivia Evans and Caitlin finished the 200-yard medley relay with a time of 1:41.51 to earn bronze.

Relay success continued as Snyder, Melissa Toy, Charlotte Holz and Kara Powell finished third with a time of 7:20.53 in the 800-yard freestyle event.