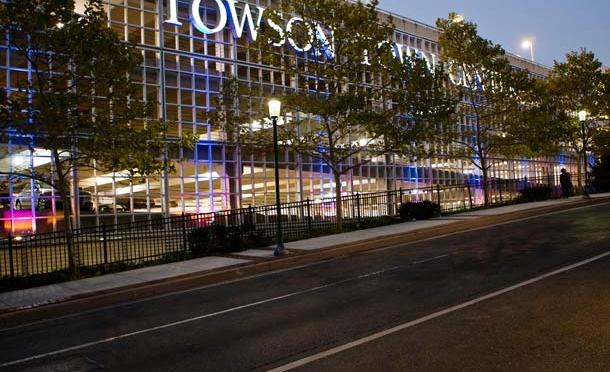 Towson Town Center will place a curfew requiring anyone 17-years-old or younger to be accompanied by a parent or supervising adult beginning Sept. 16.

After 5 p.m. on Fridays and Saturdays, minors will not be able to enter the mall without a supervising adult who is at least 21-years-old.

This new rule, called a Parental Guidance Required program, will be enforced by public safety officers and off-duty police. The officers will be stationed at each entrance to the mall and will check IDs of patrons who appear to be under 18-years-old.

According to the mall’s website, appropriate identification includes state-issued driver’s licenses or ID cards, military IDs, school IDs and passports. These IDs must also be tamper-proof and include a photograph and date of birth.

The mall will make announcements at 4 p.m. in order to alert youths to the amount of time they have left to finish shopping and make arrangements to get home or be joined by an adult. Mall officers will begin to check IDs of those in the mall who appear to be underage at this time.

The PGR program will allow one adult to accompany up to four minors, who will then be required to wear a wristband proving they are accompanied.

The intention of the program is to help encourage a family-friendly environment on weekend nights. Last December, teens were accused of throwing rocks at officers who were responding to a call about a group of unruly youths, according to CBS Baltimore.

Despite the intentions of the program, it has received some backlash from the NAACP. They are concerned that the mall may be discriminating against African-American youth.

“I think that they need to take a look at how to handle this in a different kind of way, other than just to say they are going to stand at the door and bar people,” NAACP Baltimore branch President Tessa Hill-Aston told CBS Baltimore. “It’s illegal to do that.”

Other malls in the Baltimore area, like The Avenue at White Marsh, Marley Station Mall, and Hunt Valley Towne Centre, have also put similar codes of conduct into place restricting teen shoppers.