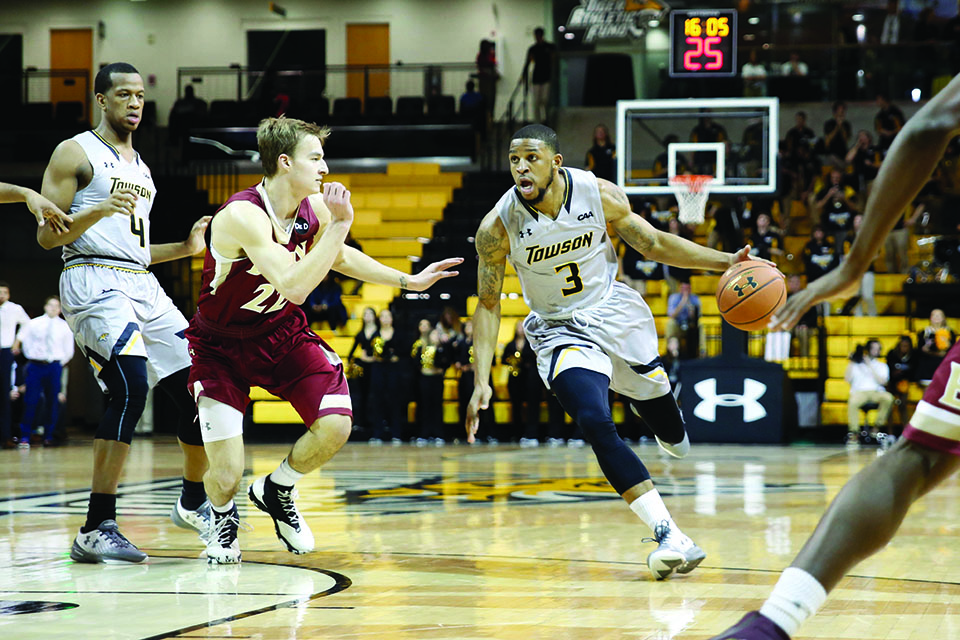 Difficult circumstances couldn’t keep Towson down this week, as the team rallied to defeat James Madison Saturday and Elon Thursday in this season’s final two games at SECU Arena.

Prior to Thursday’s matchup against Elon, Head Coach Pat Skerry announced that senior forward John Davis, who sustained a graze wound to the knee from a Feb. 11 drive-by shooting in Philadelphia, will be out for the remainder of the year.

“We always preach next man up in practice,” Davis said “I really believe that guys get hurt — which right now I’m hurt — other things happen that pull guys off the court. So everybody’s got to stay ready. A lot of guys are stepping, up as they should. It’s their time to play.”

Saturday, the Tigers hosted the Dukes on senior day where Davis and forward William Adala Moto were honored before the game.

“I thought [Zane] made big, big shots at the end of the half, late in the game” Skerry said. “When they got momentum he stepped on it every time with tough, tough shots. He likes the moment.”

Thursday, Towson clashed with Elon, a team that has taken the CAA by surprise. Elon has posted a 16-10 record this season despite being picked seventh in the preseason polls.

In the first half, Towson held a slim 4-point lead, but came out strong in the second half to secure an 85-66 win.

Morsell led all scorers with 32 points. He was just one field goal shy of tying his own record for most points in a game at SECU Arena.

“Mike was Mike,” Skerry said. “He dominated the game, that’s what we needed. He’s on a whole different level. It’s not surprising. We’ve seen it, we know it.”

Martin also gave the Tigers a lift. He went 4-10 from the field and 2-4 from 3-point range. He finished the game with 12 points and one steal.

Towson will conclude the regular season this week. The team will take on UNC Wilmington Thursday and William & Mary Sunday. The conference tournament will then run March 3-7 in Charleston, South Carolina. 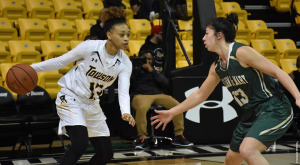 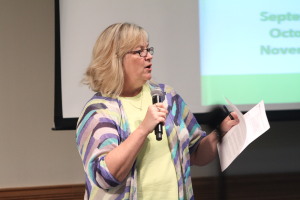