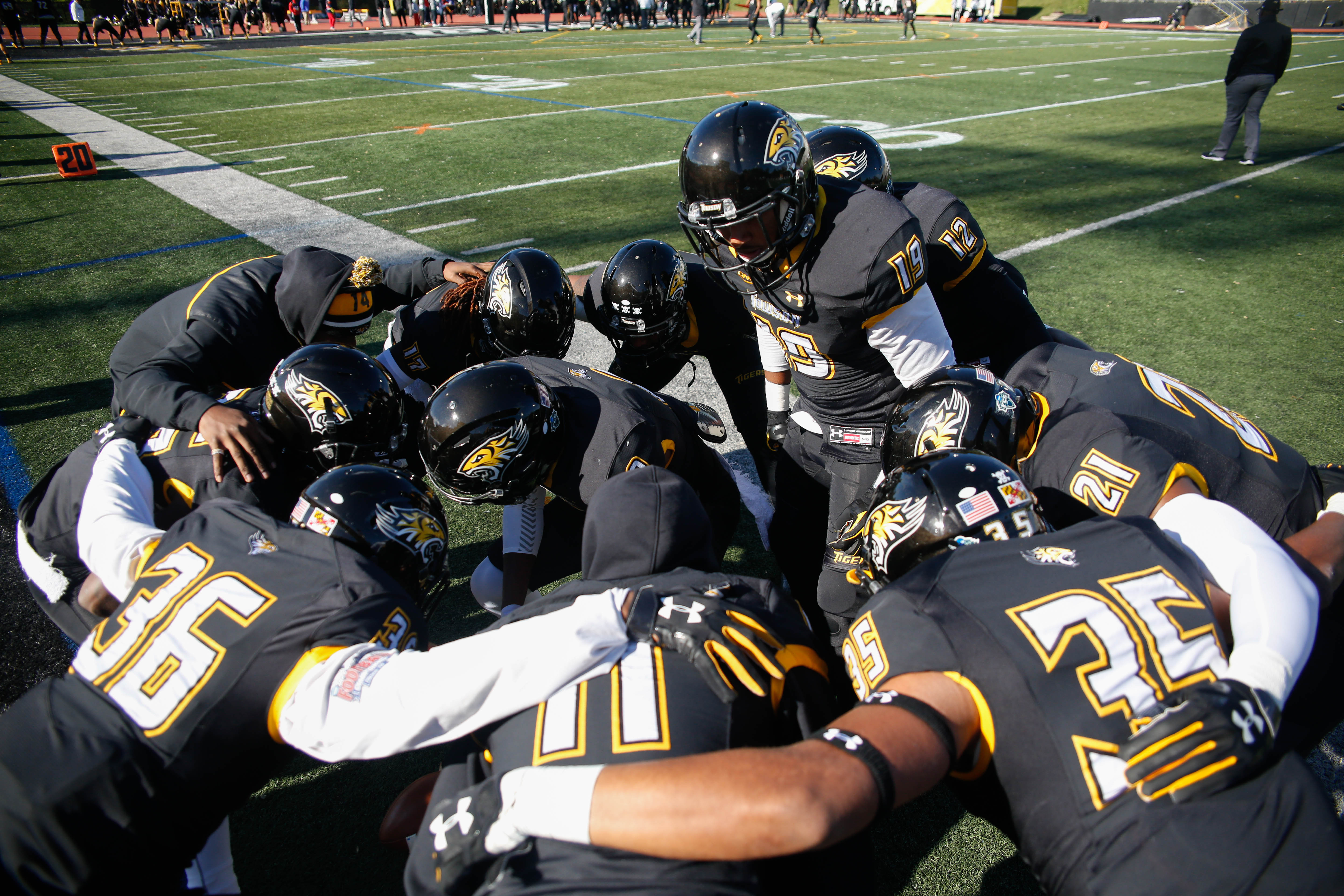 Coming off two wins against top 15 opponents, the Tigers impressed many by scoring 52 points against the number 13 ranked Seawolves of Stony Brook. The Tigers began the game on a 21-0 run, including redshirt junior running back Shane Simpson returning the opening kickoff 96 yards for a touchdown. Redshirt quarterback Tom Flacco continued his impressive start to the season with four touchdowns. Redshirt sophomore tight end Chris Clark had a breakout game , hauling in two touchdowns. Redshirt junior wide receiver Shane Leatherbury also contributed to the passing game with nine catches for 129 yards. On the defensive side of the ball, redshirt junior linebacker Robert Heyward led the unit with 10 tackles, and redshirt senior defensive back Monty Fenner contributed seven tackles and two pass breakups.

Towson now moves on to preparing for the Tribe of William and Mary. Last week, the Tribe won a close game against Albany 25-22. They came back from being down 12 after sophomore quarterback Shon Mitchell scored with 50 seconds left. Senior wide receiver Isaiah Kinder caught a two point conversion to give his team a three point lead. Mitchell threw for 263 yards and two touchdowns on the day. He also scrambled for the game-winning touchdown run in the final minute of play. Senior wide receiver DeVonte Dedmon led the Tribe in receiving with seven catches for 138 yards and two scores. The Tribe outgained Albany 396-301, but were stymied on the ground only gaining 38 yards in rushing. Senior defensive back Raeshawn Smith led the defense with eight tackles, and redshirt freshman defensive end Carl Fowler contributed two sacks.

Towson celebrates family weekend on Saturday, and Head Coach Rob Ambrose said he wants the entire Towson family to come out to the game.

“Our family has a goal, and it’s something special,” Ambrose said. “This is a team effort, not just the players and coaches but the fans. Everyone involved with this program is a part of the team.”

Kickoff against William & Mary at Johnny Unitas Stadium on Saturday, Oct. 13 is set for 4 p.m.