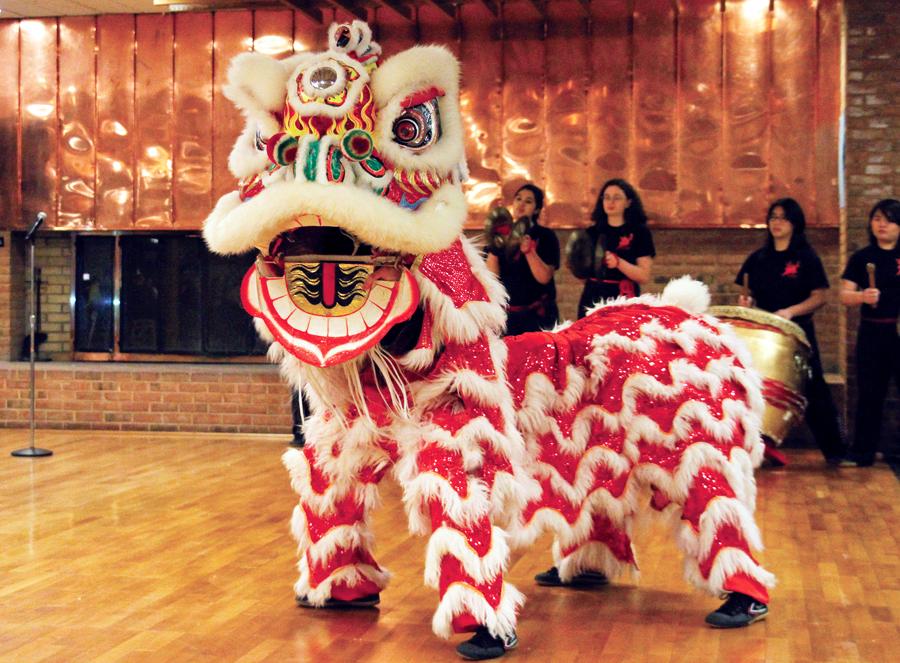 A pair of massive red, white and gold lions danced through the Potomac rooms in the University Union to the rhythm of the steady beat of drums.

Audience members gave their undivided attention to the lions as they elegantly weaved throughout the room in an annual celebration of the Chinese New Year.

On Friday, Feb. 27, Towson’s Chinese American Student Union and the International Student Association came together for their annual Chinese New Year celebration. The event, held as a part of Student Affairs’ Friday Night Live series, brought out a crowd that included more than just Towson students.

After an introductory video detailing Chinese culture, performers from Johns Hopkins University captivated the audience with their traditional lion dance. Before their exit, a few attendees were adorned with pieces of lettuce from the lions’ mouths, symbolizing good luck.

“Our main goal is to entertain our audience,” CASU president Linda Pan said. “We hope to share some Chinese culture with them and hopefully they’ll learn something from the performances and from eating the food.”

The martial arts group TerpWushu from the University of Maryland then took to the floor after the lions to demonstrate their skills.

Following their performance, a buffet style arrangement of traditional Chinese cuisine, desserts and flavored teas was then opened up for everyone to enjoy.

In addition to educating and entertaining, CASU and ISA gave back to their supporters by holding a raffle with door prizes related to the New Year.