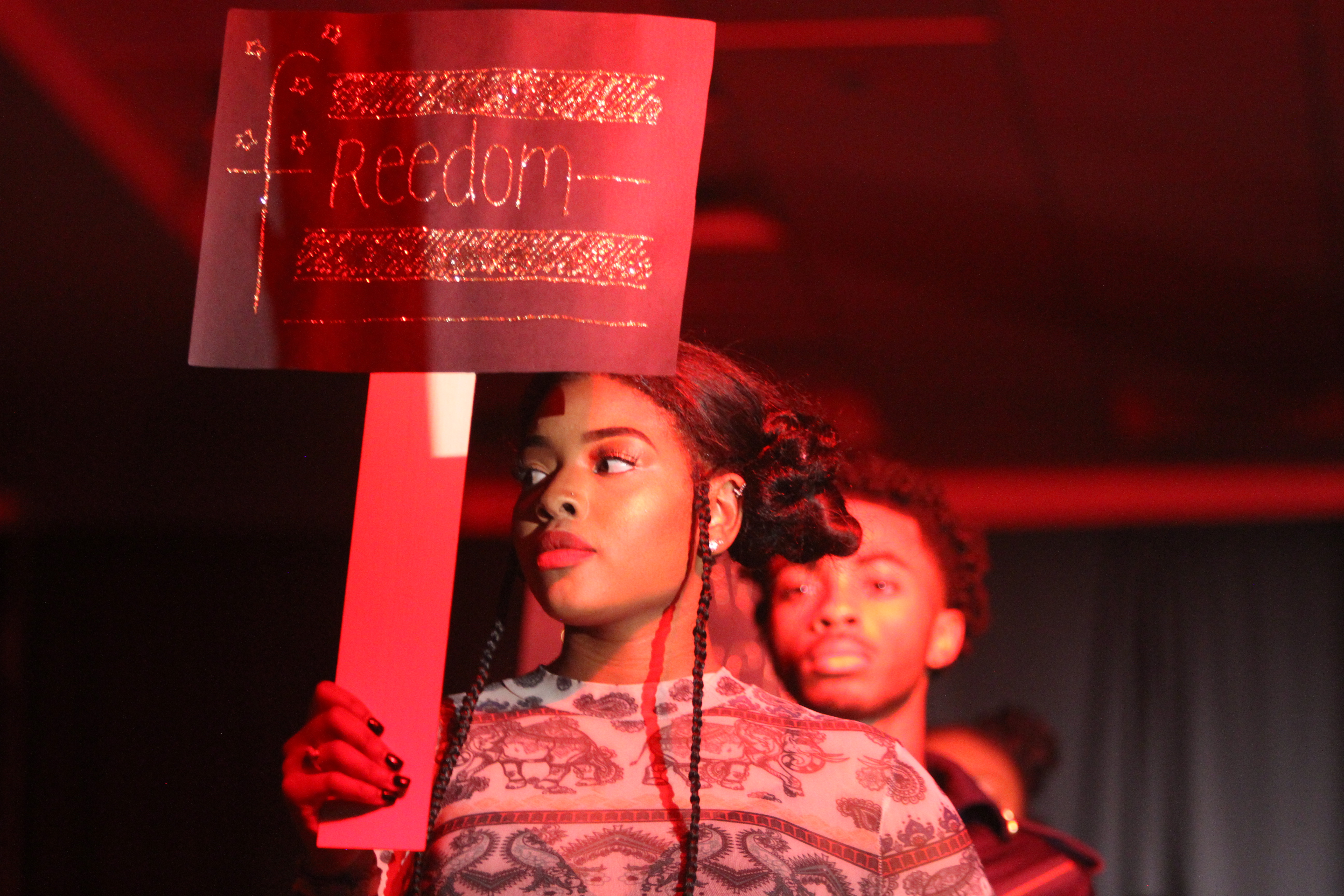 TREND Models took Towson students on a cross-country trip Tuesday night as part of the group’s first time hosting the Homecoming fashion show. Along the way, TREND models took an opportunity to make a statement about the political unrest and Black Lives Matter movement.

The show, titled “Are We There Yet?” began with the models in Baltimore. The stage was decorated with road signs and traffic symbols. TREND president Arymis Nelson  announced that the team was being nominated as “the best modeling team in the DMV.” From there, the models went to Union Station and took audience members to New York, Miami, New Orleans and even the Caribbean.

In New Orleans, the models strutted on stage holding signs that said “Black is Beautiful” while video clips of men and women speaking out about racial inequality played on the projector.

“I feel like here at Towson we should make a stand, because we want people to know we’re black, we support you, we love you,” Nelson said on behalf of the team, which is predominately black. “We love all types of people but right now, in this time, in this era, black lives are the ones that are being executed or killed by the police.”

The team also performed a dance to the song “Freedom” by Beyoncé, which caused an explosion of audience cheers.

“We want everybody to get a part of that movement and support because without their support, nothing is going to change,” Nelson said.

The models showed off colorful, jeweled and marabou-accented bras in the Caribbean scene as they performed an interpretation of Teyana Taylor’s dance moves in the music video for Kanye West’s single “Fade.”

Toward the end of the show the host called on audience members from Towson’s Modelz of Distinction, Kush Models, Models Inc. and other audience members to come on stage and show off their walks. The crowd cheered the volunteers on as they battled.

After the last scene, the TREND models came on stage and presented awards to Models Inc., Kush Models and Nelson’s mom for their help and support. Nelson announced that this would be her last show because she’s graduating, and announced that Javon Wright will take over as president.

“I know that Arymis is sad to leave because TREND is like her baby,” newly-appointed secretary Taylor Crider said. “She need not worry, because I’m sure that it will prosper in her absence.”