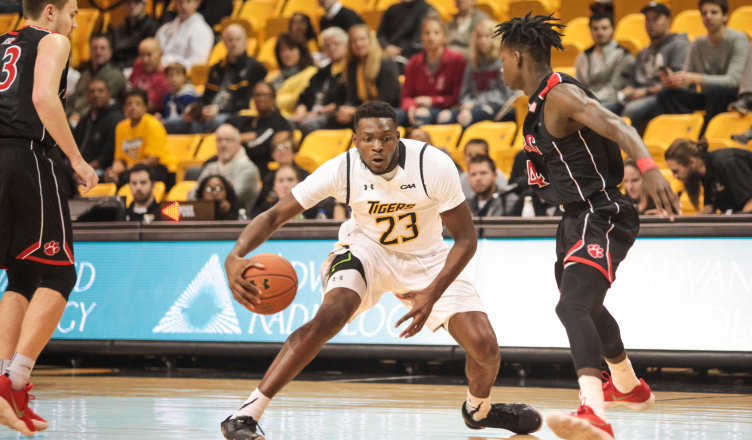 “They were disappointed,” Head Coach Pat Skerry said. “They’re some good guys and good players, but [their careers] didn’t end in the way they hoped it was gonna end. I thank them for all their contributions, but they were disappointed [because] they didn’t play their best game. That’s not something they intended.”

“[William & Mary] made some timely threes,” Skerry said. “They’re the best three-point shooting team in the country. I thought we took too many threes and we really lost out. We didn’t get too many offensive rebounds or free throw attempts, things that we normally do so that hurt us more than just their shooting. They’re tough to stop.”

Towson started the game off strong thanks to three consecutive makes from sophomore forward Justin Gorham. Both teams traded baskets early, but William & Mary took control of the game with a 13-3 run midway through the first half.

Faced with an 11-point deficit, the Tigers tried to claw their way back into the game, but failed to hit shots. The Tribe extended their lead to 15 with five minutes left to go in the half, but Gorham and Keith II cut the score to 41-32 going into the break.

Towson came out of the half looking locked in as Gorham and sophomore guard Zane Martin each powered down a dunk to cut the team’s deficit to three.

“It’s their team,” Skerry said. “They were our two best players this year and if we want to get to what we’re capable of being we’ll need them to grow into leaders.”

William & Mary responded with an 11-3 run to shut down Towson’s momentum, and secured a 53-42 advantage with 11 minutes left to play. Redshirt senior guard David Cohn and redshirt junior Paul Rowley nailed several jumpers during that run.

Towson looked to rally, but the team committed two quick turnovers and Cohn capitalized with a layup and a three-pointer. William & Mary extended its lead to 18 with seven minutes remaining and played tight defense the rest of the way to hold on for the win.

With the season over, the Tigers look to regroup for next season. Despite an abrupt end to the year, Skerry looks to foster leadership and consistency with his returning players.