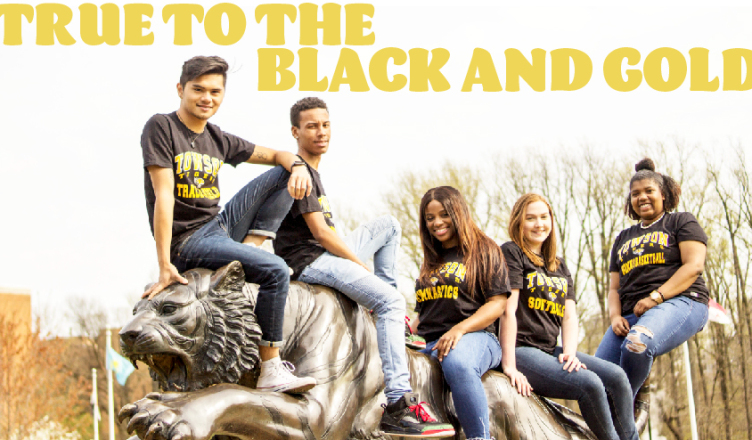 TrueTU is the only executive board ticket running in this year’s Student Government Association election.

“Our goal is to utilize the Student Government Association by unifying diverse student leaders in order to represent and advocate for the entirety of the student body,” Ford said. “We plan to serve the needs of our peers and give back to our campus community as well as the Baltimore community, improving and enhancing our recognition of Towson University.”

Ford highlighted her ticket’s diversity and the fact that she would be the first openly queer black woman to be SGA president.

“Being marginalized, I know that my taking this role will provide meaningful representation for other students at TU,” she said. “Using this as a reason to remain committed to my personal goals, I’m more than dedicated in making sure other students feel heard and feel that they can relate to me on a personal level.”

In addition to her role in SGA, Ford also serves as the vice president of the Black Student Union and diversity chair of the Mu Mu chapter of Delta Sigma Theta Sorority, Inc. She said her roles have taught her how to manage a large student organization and develop ways to enhance cultural competence.

Ford said her ticket hopes to continue making Towson University a more diverse and inclusive campus through initiatives like increasing the number of gender inclusive bathrooms, having more scholarships for marginalized students and improving accessibility around campus for disabled people.

“I think it’s important that instead of trying to focus on how we are all the same, we should shift this focus to embrace differences,” Ford said. “Meaning, to make efforts to encourage equity, rather than just equality.”

Veslany said TrueTU wants to continue the current administration’s tradition of building its platform from the student body’s wants and needs.

“We represent various identities, but at the same time we all are just a group of five students on a campus of over 20,000 students,” Veslany said.

Best said the current administration has done their best effort to remain transparent, but that his ticket will continue to make information accessible to the student body.

“It should not be a secret what SGA is doing, because we are the voice for the students,” Veslany said. “All students should have access to all the information necessary to educate themselves on SGA initiatives and events when they have questions or concerns.”

“We are looking to do more forums and more student org involvement and collaborations,” he said. “We are also looking to bring emphasis back to active committees within SGA so students who are not affiliating with a student organizations can still be included and still have a voice.”

Kargbo said the current SGA administration has used its funds appropriately and that she would hold next year’s administration accountable for financial decisions as treasurer.

“One of the platforms for TrueTU is giving scholarships to marginalized students and ensuring that student groups get the proper funding they need to better not only themselves, but put on events that positively impact the Towson community,” she said.

The last time Towson had an uncontested SGA election was in 2016 when students elected President Taylor James and her Forward ticket.

The SGA Election Policy states that “there are no provisions for write-in candidates.”

There are 25 senate positions within SGA, but seven of those are reserved for freshman and transfer students and are appointed by the president in the fall semester. That leaves 18 open senate seats.

There are also five open justice positions and no candidates running

Veslany said she will work to recruit students interested in becoming senators. She said being a senator is an opportunity for students to represent their peers and accomplish initiatives that are important to them and can leave a positive impact on campus, like the SGA’s food insecurity initiative, which was brought to the forefront by SGA senators.

The election commission held a debate for the SGA candidates on April 30 from 8 to 10 p.m. in Chesapeake III. The debate did not occur in time for The Towerlight’s print deadline, but we will continue to provide updates online.