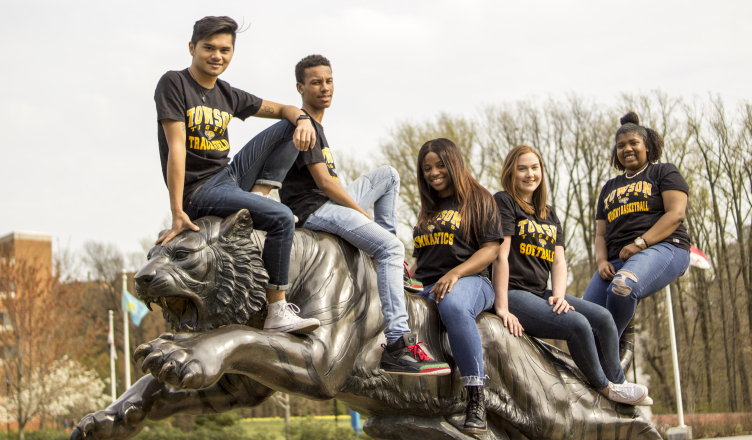 The student body of Towson University elected Russhell J. Ford to be the next Student Government Association president with 937 votes. Ford and the rest of her TrueTU ticket ran unopposed.

Chief of staff is not an elected position, but instead is appointed by the SGA president. Danvic Celebrado-Royer ran for chief of staff with the TrueTU ticket and is expected to be appointed to the position by Ford.

Ford said she can’t wait to work with the next SGA administration to make Towson University better for everyone.

“I am … excited to work with these three leaders plus our chief of staff appointment, as well as build the administration,” Ford said. “And I’m more than motivated to work with them and everyone in SGA and to make the school better on a grand scale.”

Veslany said she feels “extremely fortunate” for the opportunity to become vice president and help TU community members achieve what they want to improve about Towson.

“I’m super excited to not only work with the exec board but the rest of the SGA administration because I know there are so many people that have great initiatives that they want to work on and I can’t wait to better our campus and better the Towson community,” she said.

Kargbo said she hopes to help student groups accomplish their goals from a financial standpoint as the next administration’s SGA treasurer.

“I’m excited to really give and put the money that the students put into us back to them, make positive impacts on Towson’s campus through student groups, student leaders…. I’m really excited to work with these special people up here because I know we’re all really hard workers and we’re dedicated to Towson,” Kargbo said.

Best expressed his excitement to be part of next year’s administration.

“I’m ready to start working and start building our administration, and I’m really looking forward to working with these great  leaders,” Best said.

Despite running uncontested, Kargbo said she was thankful for the students who voted for her and the rest of the TrueTU ticket.

Ford echoed Kargbo’s gratitude, thanking students for joining TrueTU on their journey so far and continuing to do so as they move forward.

“Thank you for asking how we feel,” she said. “Thank you for working with us for this campaign, and I guess on our journey as well.”

All seven senatorial candidates won their seats. The senators-elect, in order of number of votes obtained, are:

There were 18 open senate seats. No candidates ran for justice positions.

“We’re still looking for people, so if students are looking to get involved this is a great opportunity to do so,” he said.

This story has been updated with quotes from the executive board representatives-elect.