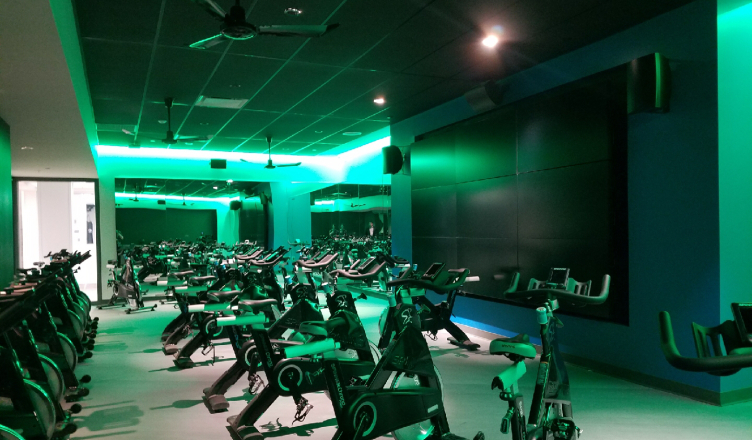 Like a lot of people in the U.S., I made a new year’s resolution to get more in shape. What I didn’t plan on when making that goal was going to a spin class. However, that’s exactly where I found myself Friday afternoon, in the cycling studio of Burdick Hall.

Spin classes have always seemed a little weird to me. I’m not the type of person to be cynical about a lot; I try to make a habit of looking at new or different things with an open mind. When I was growing up, exercise wasn’t heavily enforced in my household. I never exercised as a kid and I ate terribly (although what’s a childhood without Fruit Roll-Ups and McDonalds?). But as I grew into a young adult, I began to look at the foreign entity of “fitness” in a new light. I was eager to try new workouts and I’ve even stuck to some of them ever since, from running regularly to practicing pilates. Despite all this, if you would have told me I would be participating in a spin class a week ago, I would’ve laughed my head off.

To me, spin always seemed like an overrated workout class that hipsters and wannabe models went to as a way to get an aesthetically pleasing picture for the ‘gram between Starbucks runs. It never seemed like a fit for me. Who would want to be stuck in a dimly-lit room, pedaling away as your crotch sits uncomfortably on a tiny seat, making no progress since your bike is stationary, sweating up a storm, and being yelled inspirational sayings over cheesy music? That was the idea of a workout I was willing to pass.

As the famous Randy Jackson once said: “That’s gonna’ be a no from me, dog.”

However, I found myself clicking on a link that advertised a free cycling session at the newly renovated Burdick Hall, and before I knew it, I had signed up. The cycling studio is one of the new features Burdick has to offer. Although cycling was always a group session available, the new studio space was made to enhance the experience, equipped with its own lights, sound system, and video display. Sessions are free and guided by an instructor, with times and instructors varying by day.

The week leading up to the class, I was extremely nervous. I spoke with friends about it, in which I often received a “good luck,” or a look of pity as a response. I brought it up to my family — they thought I was crazy. By the time Friday came around, I figured there was no way I would get through the class.

I arrived at Burdick, water and sense of humor in hand, and made my way to the cycling studio, to be greeted by Mandy Smorgens, the instructor for the time slot I had chosen. The room had a blue-cast light that added clarity to the space without it being overly bright – the color choice making the area seem calming with a small undertone of exhilaration peeking through. Rows of stationary bikes took up most of the space, with one closest to a wall of floor-length mirrors facing all the rest. Pop music was softly playing as I signed in, the check-in process being extremely fast with the tap of a finger on each individual’s Towson ID picture, displayed on an iPad.

As I set my belongings down and mentally prepared myself, I watched others make their way into the studio. Some looked experienced and were well-versed in the proper way to prep their bike (I had no clue what I was doing and had to be helped adjusting mine); however, others looked just as nervous as I felt. When it was time to start, Smorgens asked the class for a show of hands of who was new to cycling – the majority of hands rose as my nerves began to take a seat.

The first five minutes of cycling were the hardest for me. As soon as I stood and began pedaling my feet, as we were learning the stances, my glutes began to feel as if they were on fire. I remember thinking “Really Kerry, already?” but as I got used to the motions and stances, my mind took a back seat and my body took full control. The class lasted 45 minutes, with a range of high-interval pedaling to lower speeds and changes in positions. A mixture of music played throughout (all of which I had enjoyed, whether I was familiar with the tune or not), and the session ended with us pedaling to the heavy beat of Kendrick Lamar’s “Humble.”

Once we cooled off and stretched, it finally hit me that I had gotten through the class. And I survived.

Looking back, I’m mad I hadn’t tried cycling sooner. The experience taught me that not everything is as it initially seems. Hipsters, crotch discomfort and annoying faux-motivational shouts being spat out over indie-pop were not at all a part of my spin experience, and had I not taken the class, I would have continued to look at this source of fitness so narrowly.

I can now say with confidence that I sold my soul to cycling, and I’m not planning on asking for a refund. 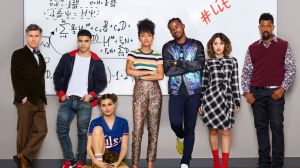