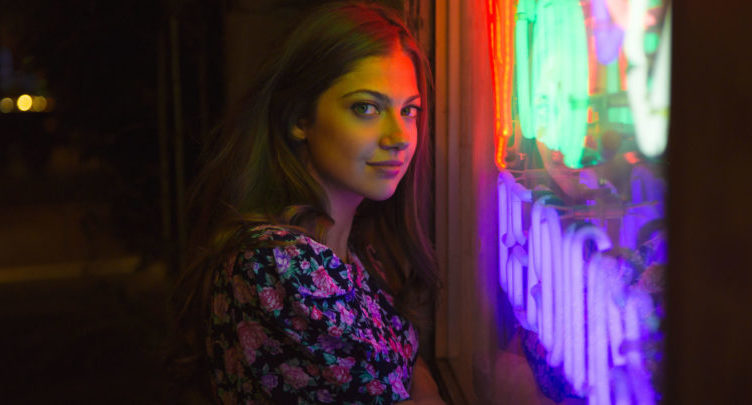 This past year has proven to be quite the year for Towson Alumni pursuing the film industry. With some stars such as Rachel Armiger in “Butterfly Kisses,” and Mike Flanagan of “The Haunting of Hill House,” welcome Victoria Fratz.

Fratz is the co-writer and producer of the feature film “Electric Love.” She graduated from Towson University in 2010, and truly, has been electrifying the field ever since.

Unlike most film pursuants, Fratz started off as a mass communication major at Towson, and not film.

“That was the track I was interested in going down, marketing and advertising,” Fratz said. “Once I got started with those courses, I was immediately set up with a great internship with MGH, and for our final exam, it was a project that we presented to this startup [company]. That startup offered me my first job.”

After graduation, Fratz worked in brand development for three years.

“I used that experience to leverage my own brand as an independent consulting agency, and that’s what allowed me to move out here to Los Angeles,” Fratz said.

According to Fratz, her predetermined ardor to writing, along with her marketing experience, gave her many of the necessary skills producing requires.

“You’re organized, you need to have scheduling down and really be meticulous and productive” said Fratz. “When I met Aaron Fradkin who is my business partner and boyfriend, we were talking about a short film that I had written, a thriller script. I brought a proposal to him, hired him, and then during the meeting we just really hit it off. He taught me how to use the skills I already had and push them towards, specifically, producing.”

Fradkin shared that when he first met Victoria, her organization had immediately impressed him.

“She showed up to the meeting with a full script, outline, and preliminary budget,” said Aaron Fradkin. “I was in the middle of putting together a short film of my own and asked if she would come on board as a producer. She excitedly accepted and not surprisingly knocked it out of the park.”

After a successful run in creating together, the pair began co-writing “Electric Love.”

“We crafted the stories from our own triumphs and tribulations, so there’s a lot of funny, real-life experiences that both myself and [my friends] have been on.” said Fratz.

Electric Love follows the lives of Emma and Adam, and their respective experiences trying to find a connection in real life from online dating. This quirky and relatable story line attributes to the success “Electric Love” has had since releasing.

“We spent a lot of time writing it, five months, and then basically it took a year after that to have the finished product be out in the world” said Fratz. “So after you put all this time and care into this product, and it’s out there for the world to see, when we hear people saying ‘I love this movie,’ ‘this really hit home for me,’ ‘it made me remember when I was on dating apps,’ or ‘it made me remember when I wasn’t having success with dating,’ things like that really make us feel good because it means our writing is relatable, it’s grounded, and we’re on the right track.”

Fratz shared that this film has helped her find the right tone and the right audience, and that she hopes to continue to grow her audience as she continues on with her upcoming works.

“I have another movie pretty much finished with the workshopping of the script; we’re about 75% done there, and then we intend to be in production with that script later this summer, and it will actually be shot in Maryland.” said Fratz.

To all students looking to enter the film industry and are looking for someone in the industry to reach out to, Fratz would like everyone to know she is always available to help. Just direct message her on Instagram (@imvictoriafratz) or email her. Her email is posted on her instagram page.

Fratz also shared some advice for anyone pursuing the industry.

“Write. You should be writing and creating all the time,” said Fratz. “Just do your best to create what you’re trying to get off the page. Start building your team because if you want to be a producer or a filmmaker, it’s a full team effort. It’s really about finding that really great core group of creators, those are the people who are going to help you even when you’re not getting paid.”