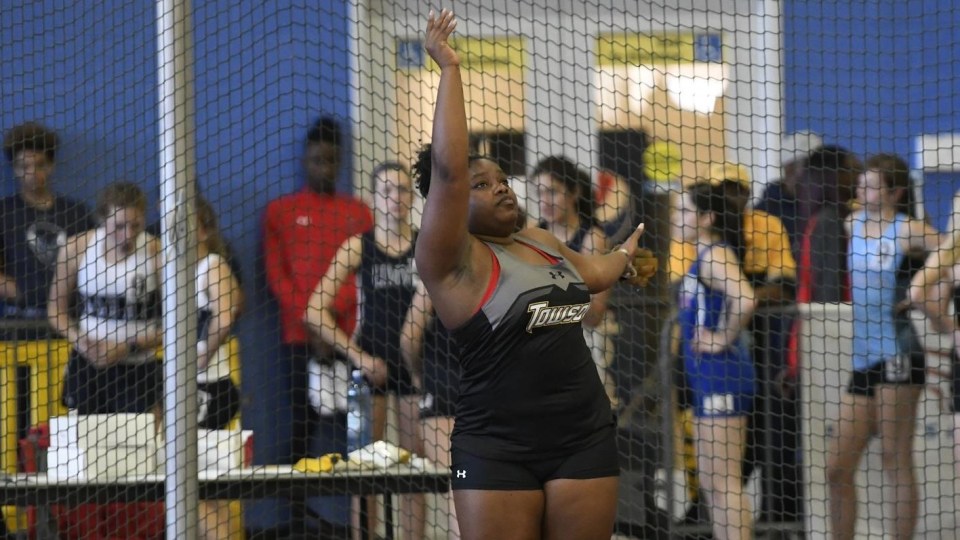 Junior Liz Reid set a new school record in the 400 meters at the 2018 ECAC Division I Indoor Track and Field Championships this past weekend at Boston University’s Track and Tennis Center in Boston.

Reid finished in 54.98 seconds on Sunday, after setting a then-school record time of 55.19 seconds to place sixth in prelims the day before. Her previous record was 55.48 seconds, which she set back at the Penn State National Open on Jan. 27.

“She’s been working hard,” Head Coach Mike Jackson said. “She’s really progressed over the summer and just recommitted herself, and it just shows how well she’s doing. [I’m] just happy for how she’s done this year.”

“Overall, all of the individual performances were better from last year,” Jackson said.

Some of his team’s successes at the championships included junior Lauren Coleman taking first in the shot put with a mark of 50-11.5, junior Phontavia Sawyer placing sixth in the same event with an indoor personal best mark of 48-11, and junior Arianna Waller breaking the indoor school record in the 200 with a time of 24.50 seconds to place sixth.

“[Coleman’s] been killing it all year,” Jackson said. “She’s been great all year and she’s continued her success today.”

Sophomore Helnsarah Penda timed 8.72 seconds in the 60-meter hurdles final to come in seventh place, while sophomore Victoria Jones-Alleyne placed 10th in the semifinals with a time of 8.76 seconds.

Junior Jaina McLean qualified for the 60-meter dash semifinals, placing 12th with a time of 7.71 in the prelims.

“They just missed placing by one spot, but I really wanted to bring the team that was going to give me the best effort, and I feel like they did that and all of them have been progressing,” Jackson said. “I’m looking forward to how they’re going to compete moving forward into outdoor.”

The opportunity to compete at the ECAC Division I Indoor Track and Field Championships is a team milestone, but Jackson’s team is already looking ahead to the future.

“It’s very rewarding for them to know that they can compete at this level, and they’re already talking about the outdoor season, which is where we’re going to be measured,” Jackson said. “They’re really looking to competing outdoor within the next two weeks, and I’m looking forward to getting ready for it.”

Towson starts their outdoor track and field season at the 49er Classic at the Belk Track and Field Center/Transamerica Field on UNC Charlotte’s campus in Charlotte, North Carolina, which runs March 15-17.

“We’ll be up at Charlotte in a few weeks,” Jackson said. “I expect to have some ECAC qualifiers as a great start to the season and really just knock the cobwebs off of some of the outdoor events that we’ll be competing in.” 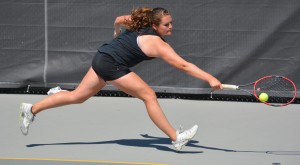 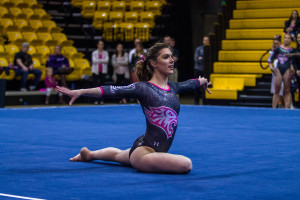