Photo by Brendan Felch /The Towerlight

Towson remained hot as the team extended its winning streak to five with two home wins over Elon and William & Mary this weekend.

“We played cleaner this weekend than we have in the past,” Head Coach Don Metil said. “The biggest thing we did well was the execution of our game plan.”

The Tigers continued their winning ways this weekend by defeating Elon 3-0 (25-22, 25-18, 26-24). Three Tigers led the way in the match as Otero, junior Carola Biver and junior Jocelyn Kuilan each recorded double-digit kills.

Biver set the bar high with 11 kills, followed by Otero and Kuilan who both recorded 10.

In addition to her 10 kills, Otero recorded her second straight triple-double with 15 assists and 13 digs.

“Level headed players like Otero are the base and strength of this team,” Metil said. “Volleyball is an emotional game full of highs and lows and being able to keep an even head through that all is hard. One thing the leaders have is the ability to keep that even head and have the team rally around that.”

With their victory over the Phoenix, the Tigers have made it four 20-win seasons under Metil, putting him second in Towson history for the most 20-win seasons. Chris Riley currently holds the record with five 20-win seasons.

Towson continues CAA play next weekend with two road matches against Hofstra and Northeastern. The team opens the weekend at Hofstra Friday, October 27, at 7 p.m. 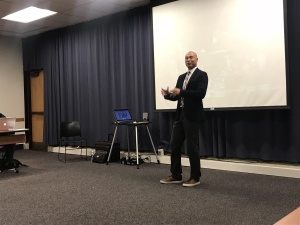 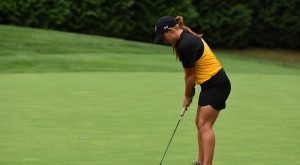