Morgan State’s Athletic Director Edward Scott and interim Head Football Coach Ernest T. Jones were also in attendance to build up excitement for the contest, which will take place Saturday, Sept. 1 at 7 p.m. at Hughes Stadium.

Though these two teams have shared a home in the Greater Baltimore area for nearly 40 years, this is just the 25th meeting between them.

“We’ve had two Division I teams that have lived here, played here for ages; we are going on year 50,” Ambrose said. “As a kid growing up, I wondered, ‘How are these teams not playing, this is our region, this is our town, this is our city.  Why wouldn’t we put all of the fans in the state of Maryland in the same place as many times as humanly possible?’ Now that we are [playing], it is about time. I want this to continue for eternity.”

This season, players from both teams will participate in a variety of planned events in the week leading up to the game. Ambrose and Jones said that their players were looking forward to giving back to the community.

Towson and Morgan State players will hand out backpacks in a joint community service event at the YMCA of Central Maryland and Special Olympics Maryland Saturday at 3 p.m. There will also be a Towson Alumni tailgate at Morgan State on gameday.

With community service activities and media attention increasing from last season’s game, Leonard said he hopes that this matchup can eventually be moved to a larger venue.

He stressed that the only way to achieve that goal is to sell out tickets as much as possible and emphasized that the storied history between Towson and Morgan State should entice fans to come out.

“There’s tremendous history [in Morgan State] both athletically and institutionally,” Leonard said. “I get nostalgic all the time thinking that hall of famers walked through here. I hope that the Greater Baltimore community [and] our players understand this game because it’s unique and really special.”

Scott added that elevating marketing efforts should be a priority as well, but ultimately the success of this local rivalry will come down to whether the matchup is compelling and entertaining enough for fans to want to come back each year.

“We have to put a good enough product on the field that the fans want to be here,” Scott said. “We have to have more demand than we have supply of tickets. It’s our job to build an event that folks want to be a part of.”

This game is not just impactful on the community, though. Jones argued that this rivalry could heavily affect recruiting efforts. He asserted that this could be a good platform for players to showcase their talents and earn more than just local recognition.

In last season’s Battle for Greater Baltimore contest, the Tigers defeated the Bears 10-0 at Johnny Unitas Stadium in front of over 6,500 fans.

Both teams are looking to not only do their respective schools proud, but to give the Greater Baltimore area as a whole something worth cheering for as well. 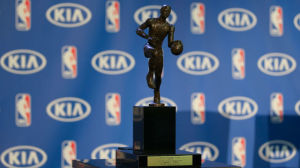