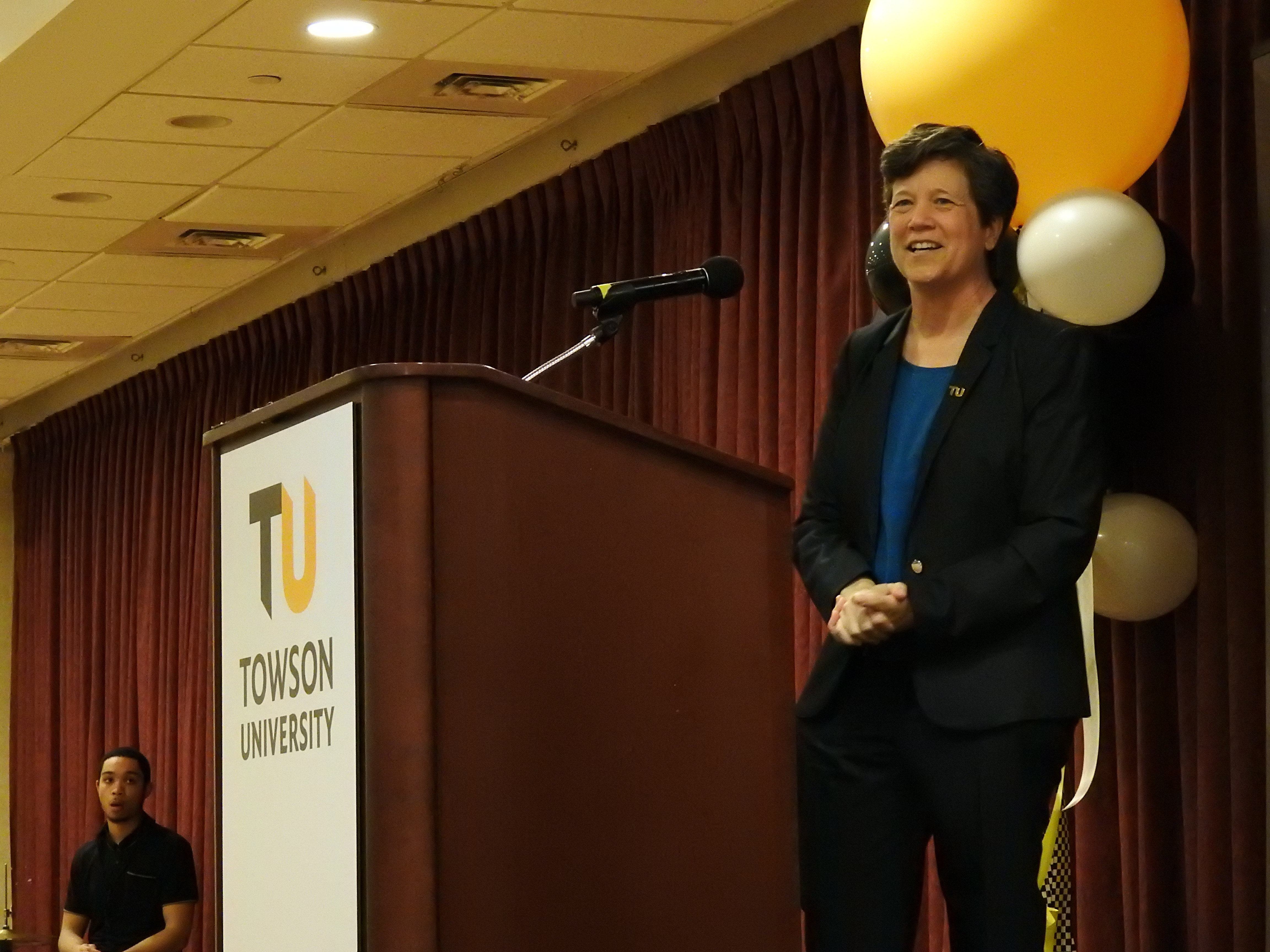 Melanie Perreault, who began her appointment as the provost and vice president for academic affairs in February, was introduced to attendees by TU President Kim Schatzel.

Schatzel began her search to find a new provost in May, and created a search committee to help her with the process. Perreault, the ex-Buffalo State College provost and vice president, fit Schatzel’s requirements.

As she finished her address, Schatzel handed the floor over to Perreault.

“I feel so honored you all took the take the time to come out here on a cloudy and potentially raining Monday right after spring break,” Perreault said. “Or as faculty call it, the week where I catch up on all my grading week.”

According to Perreault, there has been no shortage of things for her to jump into since she started in her role five weeks ago. In fact, when she began she was immediately faced with 118 faculty binders for things like tenure promotion and five-year review.

“I thought ‘What on Earth is happening here? This is craziness,’” Perreault said. “Why would someone just walk in and your first job is to look at these binders? But actually, [it] turned out to be a genius way to start my tenure here at Towson.”

During her time reviewing the binders, Perreault was struck by how long some of TU’s faculty members had been part of the community and said she was able to see the talent of the individuals working at TU.

“These members have been here for 20, 25, 30 or more years in some [of the] cases that I reviewed, and people are not complacent,” Perreault said. “We have faculty that have been [here] 30 years and are still talking about how they are working on improving their teaching.”

Phillip Collister, Chair to the Department of Music and a member of the search committee, said he loved the Provost’s speech and felt that Perreault and Schatzel had already established a good working relationship.

“Dr. Perrault, for me, was the right candidate because she exhibited all those qualities that we admire in strong leaders here at Towson University,” Collister said. “She is really student centered, she is funny, she has a great sense of humor. I like her because she has lots of energy, and I felt she could match her energy with that of the President to help lead us forward.” Nina Bundy, a freshman political science major, said she came out to meet new Provost.

“I think she is going to make an excellent Provost, from what I can see and my understanding,” Bundy said. “She is very authentic, engaged and also excited to make new opportunities for the students and the Towson community in general.”

Schatzel said the biggest thing she is looking forward to is being able to support Perreault and her work.

“One of the things that the Provost brings is to campus is a sense of humor with a great work ethic and a vision for academic affairs,” Schatzel said.