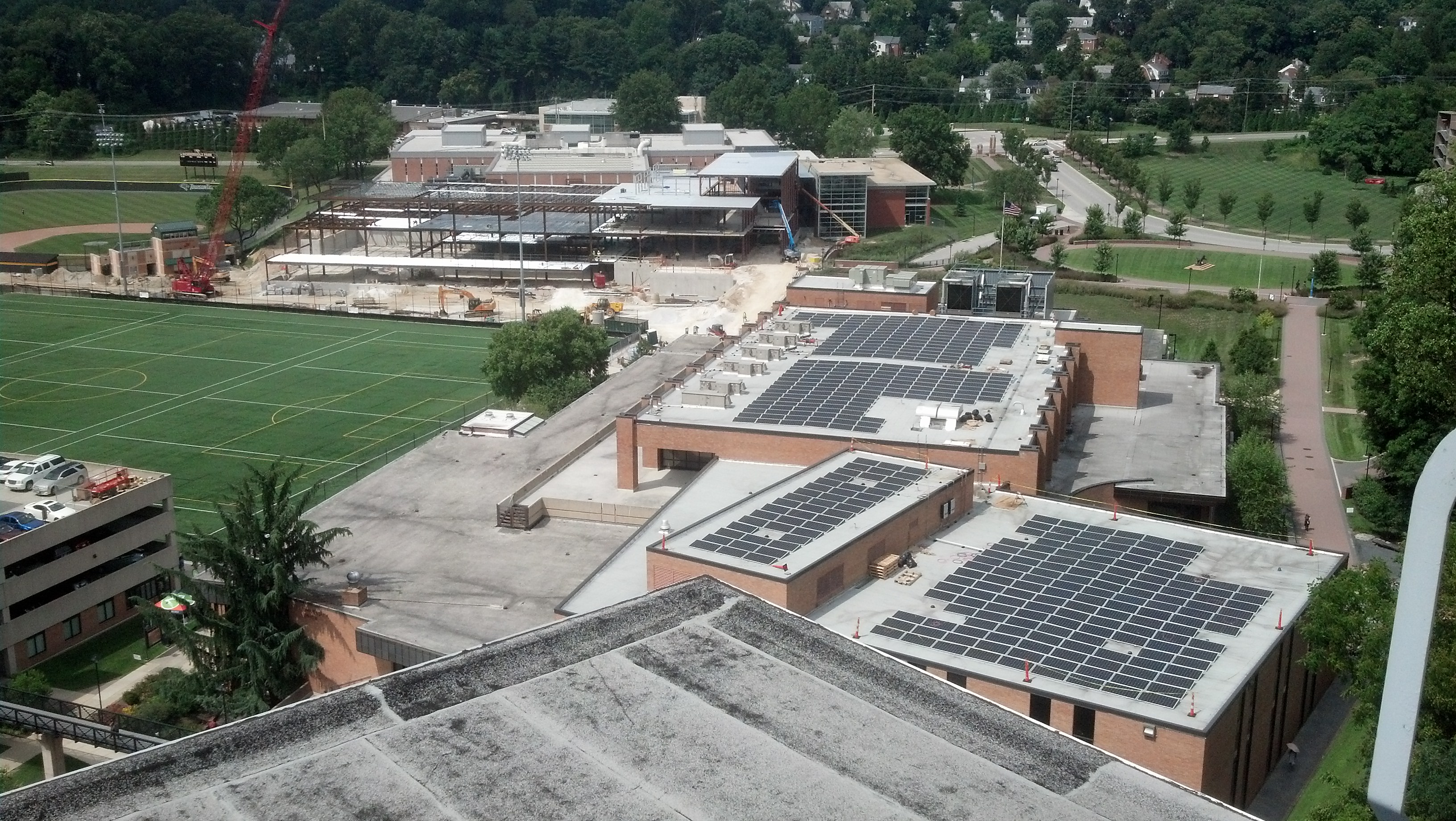 Towson University officials worked to get about 4,000 solar panels installed on campus over the summer.

Steve Kolb, Towson’s energy manager, said that when the panels go online in a couple months, they’ll be able to produce just under 15 percent of Towson’s energy needs on the “best case scenario” day—one with lots of sunlight.

Kolb said that the panels should be turned on around mid-October.

While panels have already been installed on the Union, Union Garage and Douglass and Barton houses, a lot of “behind the scenes” electrical work needs to happen before the panels can start contributing to Towson’s energy budget.

Towson entered into a 20-year power purchasing agreement with Washington Gas Light, meaning, as Kolb said, ”there’s no out of pocket cost.”

Kolb said Towson was able to lock in to a fixed cost for the length of the PPA at a rate that’s “actually lower than what [TU pays] for electric.”

While nothing has been announced, Kolb said that there has been some talk of pursuing a second phase to the solar project, with the Towson Center and Towsontown Garage being potential sites for more solar panels.