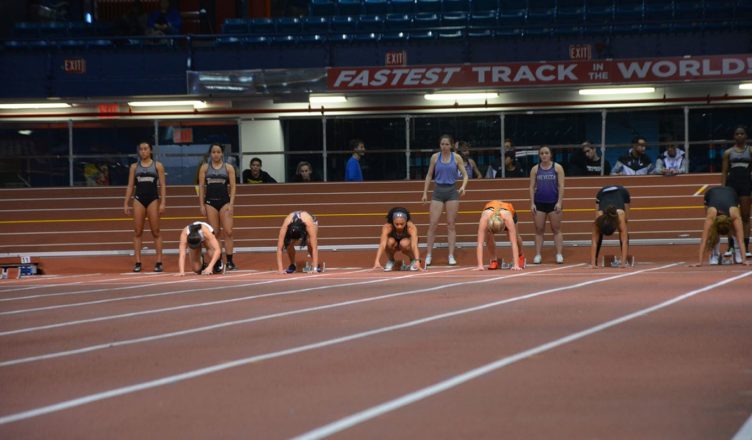 At least four new school records and personal bests were set as Towson competed in the Penn State National in University Park, Pennsylvania.

For head coach Mike Jackson, this was a special performance for the Tigers.

“It was one of the strongest performances we’ve had in our program’s history,” Jackson said.

“I think just knowing the level of competition and also her preparation this week was very good,” Jackson said. “We paid attention to some of the details that we felt needed to improve and I think some of that work paid off and we hope to continue.”

Redshirt sophomore Christina Riggins and sophomore Shamika Burton each had personal bests in the 60-meter dash Riggins finished in 7.61 seconds while Burton timed 7.54.

Sophomore Hayley Horvath had a 4.07-meter mark in the pole vault which bests her previous indoor school record.

“Once again the preparation,” Jackson said. “She’s had this meet on her calendar all year. We’ve all had this meet on our calendars and we knew that in the areas that we feel that we’re good we’re going to be able to compete against some of the best and work on trying to beat the best.”

Redshirt senior Lauren Coleman set a new school record and was the top collegiate athlete to finish the shot put with a toss of 16.12-meters.

“It’s so funny because I feel like I have the same exact answer for everybody,” Jackson said. “Everybody’s competing as a team. They’re competing for one another and believing in how great they can be so she obviously has a really good story.”

Coleman missed last year due to surgery and made the most of her opportunities while rehabbing.

“During that time she just trained and went to school,” Jackson said. “(She) graduated undergrad so now she’s in graduate school so she’s literally just getting her feet back under her so she’s just getting started and getting to back where she was and beyond.”

Junior Elisia Lancaster took third in the weight throw with a toss of 19.35 which now stands as the second best mark of all-time.

“She’s one of the most impressive athletes we have ever experienced at Towson University in our athletics program so she’s an outstanding athlete with outstanding skill,” Jackson said. “She has an outstanding attitude, is a person of faith and someone who makes our program better in every single way.”

Junior Paige Keefer set a collegiate personal-record after timing 1:35.75 in the 600-meter run.

“I think we started something good at Penn State and so now we train and prepare and then get ready for Boston University which is the site of the ECAC championships later in the season,” Jackson said. “So that’s going to be a good one for the majority of the team and then a hand full of throwers.”