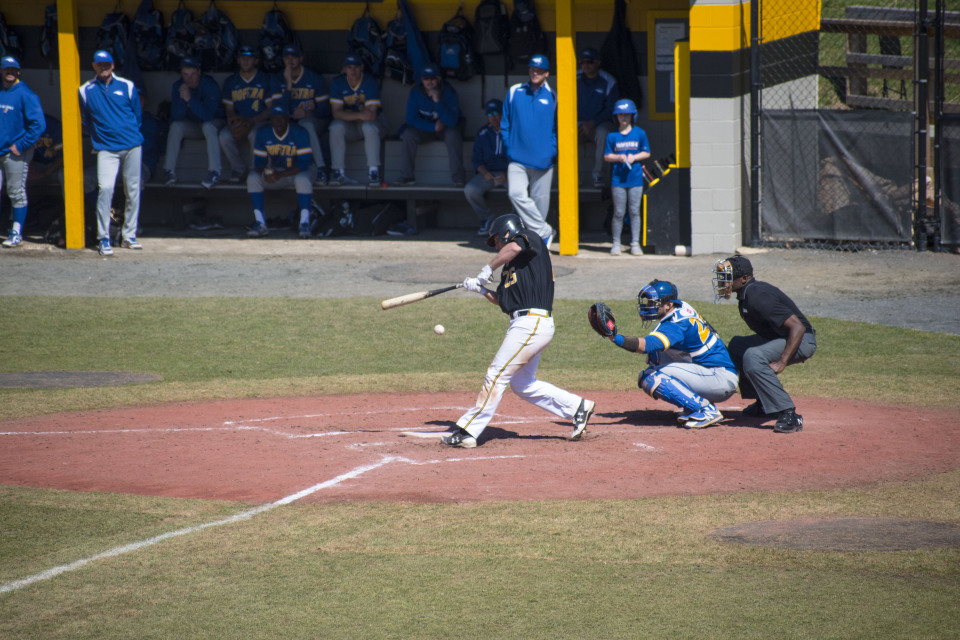 Towson took two out of three games against Colonial Athletic Association (CAA) rival Hofstra for its first series win of the season at John B. Schuerholz Park this weekend after falling to George Washington on the road Wednesday.

The only run came in the bottom of the fourth inning when junior infielder Richie Palacios scored on a wild pitch to give the Tigers the lead over the Pride.

Senior pitcher Michael Adams (2-2) came out on the winning side of the pitching duel. He threw a complete game shutout while striking out 10.

“Considering how we started on Friday and to come through the rest of the weekend and finish like we did, you can’t not be happy for the guys that played,” Head Coach Matt Tyner said. “It was a total team performance for everybody, getting behind each other and rallying behind each other.”

In Saturday’s game, a ninth inning comeback propelled the Tigers to a 5-3 walk-off victory over the Pride.

In the bottom of the ninth inning, redshirt freshman infielder Dirk Masters delivered a two-out single to score sophomore infielder Noah Cabrera. Senior outfielder Billy Lennox drew a walk to load the bases for Palacios. Palacios then delivered a walk-off grand slam to cap off a comeback win for the Tigers.

“We knew we were going to have to scrape and claw every run, so very happy with the performance from the team this weekend,” Tyner said.

In Friday’s game, the Tigers could not overcome a seven-run inning by the Pride and dropped the series opener 11-0.

In the fifth inning, the Pride pushed across seven runs on four hits. They continued to add runs throughout the game to secure the 11-0 victory.

“We gave some guys an opportunity to come out here and just keep working,” Tyner said. “That’s a part of the developmental program we got going, and people who haven’t found their game yet are going to get a chance to run back out there.”

Towson got on the board in the first inning when Lennox scored on a fielder’s choice. However, George Washington answered back with two runs in the bottom half of the first to take a 2-1 lead.

The Colonials took control of the game in the bottom of the fourth inning as three Tiger errors helped them plate six runs. The Colonials added four more runs in the seventh inning to ensure the win.

The team will then travel to Williamsburg, Virginia, for a weekend series against CAA rival William & Mary. First pitch is slated for 6 p.m. Friday. 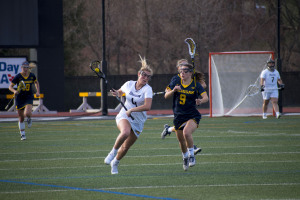 Previous post Tigers run away with pair of wins 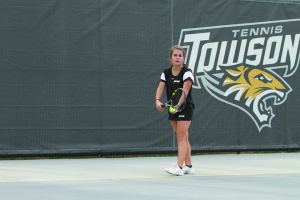