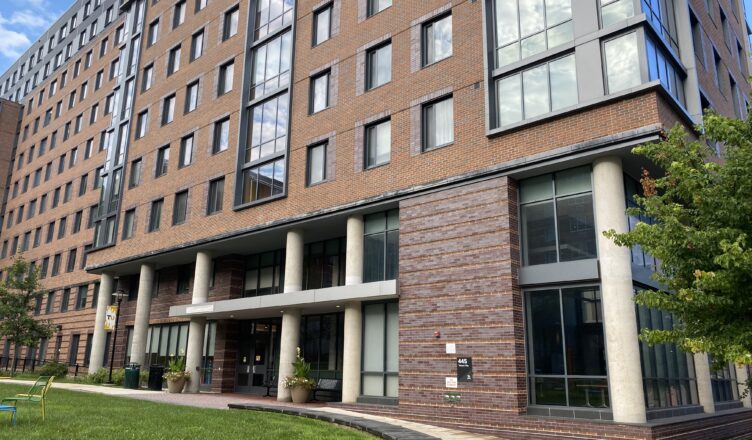 As previously reported by The Towerlight, in Sept. of 2016 student Bilphena Yahwon, a member of Towson’s Organized Network of Student Resistance, urged officials at a Maryland regents meeting to diversify these “insensitively-named” University buildings.

Following resolutions passed by three consecutive SGA administrations requesting a committee be formed to review the names of Paca House and Carroll Hall, Schatzel formed a 10-person committee in June of 2020 in accordance with TU Policy 06- 04.00. In May of 2021, the committee concluded its 12-month review.

In agreement with findings from the committee and the Academic Senate, Schatzel submitted a request to rename the buildings to the Maryland Board of Regents. By a unanimous vote, TU was granted permission to move forward with the renaming on June 17.

Chancellor Jay Perman also took time at the meeting to speak on his expectations regarding racial and social justice within USM.

“The only valid response to hate is not more words denouncing it, but sustained action that starves it of fuel, that renders it weak and, in time, irrelevant,” Perman said. “That’s the work to which the USM and its people are committed: securing equity for all members of our communities, demanding justice on their behalf, and defending the principles on which this country was founded and which it still struggles to honor.”

The University now plans to move onto its final stage of the renaming process and will announce the members of its final committee during the Fall 2021 semester.

“This fall, we will begin work to establish names for the buildings, guided by and in compliance with TU’s policy on naming of facilities,” Schatzel wrote in a letter to the TU community following the approval of her request.

As outlined by the naming policy, building names are to be considered based on the following points:

Saddened to learn about the significance of the dorm names, TU senior Avery Qassis says replacing the names has been long overdue.

“The amount of time it took for this to happen is a little disappointing considering the fact that students wanted the names to be taken down eight years ago,” Qassis said. “At least it’s happening now rather than not at all. I don’t think there’s anything wrong with [the temporary names]. I’m sure it’ll be confusing for those moving in, but they’ll quickly adapt to it.”

As of now the building names have been covered up and temporary names can be found on TU’s online map.

– The Towerlight will continue to provide coverage as more information becomes available.