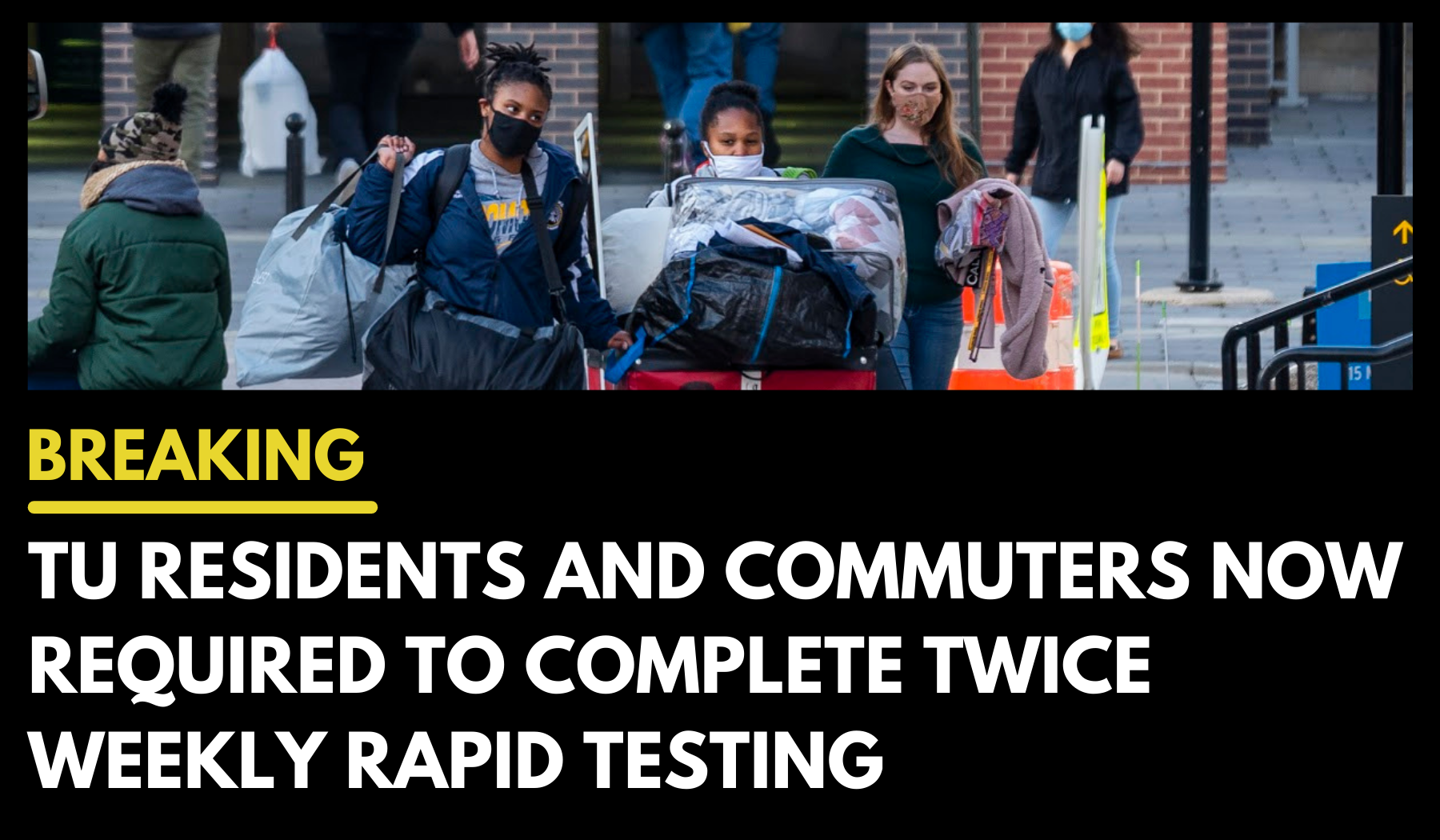 Resident students of Towson University (TU), as well as commuter students routinely on campus, will now be required to complete a rapid COVID-19 test twice weekly administered by the University Health Center.

According to the email, the University has decided to expand its sentinel testing efforts based on research which shows that regular rapid testing paired with lab testing limits the spread of COVID-19 on college campuses. At TU, 50% of the on-campus population will be participating in regular testing at all times.

This new testing model will come into effect on Feb. 15. Rapid testing will be conducted at a new West Village Testing Site. Parking will be made available to commuters.

The University also hopes to improve contact tracing, as many young people are asymptomatic. Rapid testing can reveal positive results in students who may have reported no symptoms on their Tigers Care QuickScan, a daily self-screening which students on campus must submit each morning by 9 a.m..

“More detailed information about groups, as well as when and how tests will be administered each week, is forthcoming,” the email reads. “Each student identified as living or learning on campus this spring will be expected to complete twice weekly tests during their selected part of the semester. Failure to complete tests will result in restricted access to campus.”

Students entirely online for the spring term will not be required to participate in testing. The University testing centers will only be open to students participating in sentinel testing.

“If you are a local, off-campus student who would like to get tested at any time for any reason, especially after you travel, you’re encouraged to take advantage of free testing sites throughout Maryland,” emailed TU.

-The Towerlight will provide an update when more information is made available.

Previous post Greek life rush to be virtual this spring