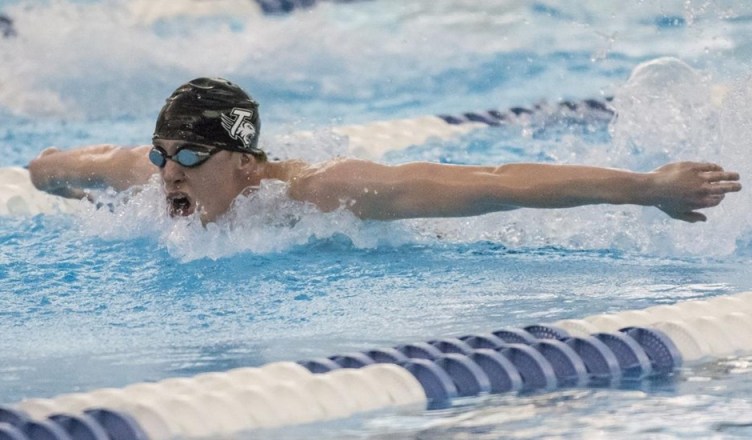 Towson’s men and women each earned two wins to close out their slate of dual meets for the 2017-2018 season.

Saturday, each squad earned victories on the program’s senior day meet versus Delaware at home in Burdick Hall. The men earned a 173.5-124.5 win, while the women earned a 184-109 win.

The men posted nine event wins on the day, led by freshman Will Canny’s sweep of the one-meter and three-meter diving events.

The women won all but two of the 16 events in the meet, including Wilson sweeping both the one-meter and three-meter dives with scores of 252.38 and 298.50, respectively.

The men took wins in 12 of the 16 events, hallmarked by Canny taking first in the one-meter dive with a score of 264.45.

The women won 14 of their 16 events, which included junior Emily Wilson’s sweep of the one-meter and three-meter diving events. Her score of 285.60 in the three-meter qualified her for the 2018 Division I Women’s Zone Diving Championships.