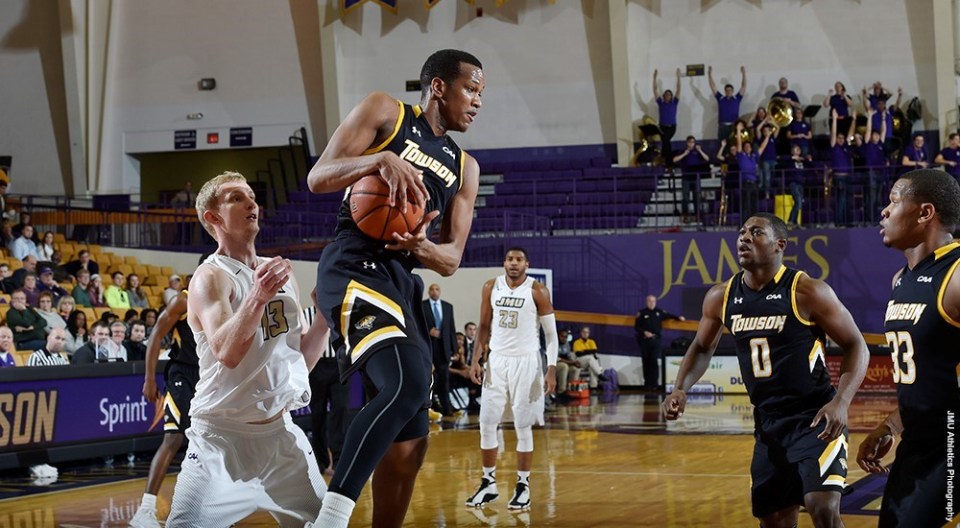 Sophomore forward Justin Gorham got his first start of the season and made his presence felt. He finished the game with 21 points and 12 rebounds, helping Towson edge out the tough win.

Head Coach Pat Skerry spoke glowingly of Gorham as he transitions into a starting role.

“He’s playing really well,” Skerry said. “Obviously, he’s good enough to be starting. He’s handled it well and we needed to make some changes. He had a great week last week. I think he’s maturing [and] developing as a leader. It’s not surprising. He’s talented [and] he’s going to be a terrific player.”

Despite Gorham’s strong showing, the Tigers showed some weaknesses throughout the game. The Tigers played poorly in the first half, shooting an abysmal 28 percent from the field during the period.

Towson bounced back in the second half, pouring in 52 points. However pulling off the impressive come-from-behind wins does not instill much confidence in Skerry.

“We’ve had these inconsistent stretches,” Skerry said. “One half we’ll play great defense. [In the next half] we’ll play not good offense or not good defense. We’re still searching for longer stretches of consistency.”

The lack of inconsistency came back to haunt Towson Saturday afternoon when the team fell 79-73 to James Madison (7-18, 3-9 CAA) at the Convocation Center.

Towson looked sharp in the first half as sophomore guard Zane Martin contributed 18 points and recorded two steals. Following a comeback from an early nine-point deficit, the team took a 35-29 lead going into halftime.

Unfortunately, the Tigers couldn’t replicate their performance in the second half. Gorham hit a layup midway through the period to give the Tigers an 11-point advantage, but opposing redshirt junior guard Stuckey Mosley refused to let his team fold.

Mosley racked up 26 points in the second half alone, and finished the game with 35. Gorham had another impressive performance, grabbing 17 rebounds, but Mosley stole the show late in the game.

The Tigers couldn’t stop Mosley from getting into the paint, and he hurt them from beyond the arc as well, nailing three three-pointers in the half. The Dukes surged in the final five minutes, outscoring the Tigers 21-10 to hold on for the win.

Skerry looks at the team’s mental fortitude as a reason for the lack of consistency.

“This is the time of year we have to be a little bit sharper,” Skerry said. “I know we have ability, but it’s going to take more than that. It’s going to take starring in the role that we’ve given you and mentally preparing to win close ball games whether that means knocking down a clutch free throw or not having breakdowns defensively.”

The Tigers look to stay composed in their next contest as, they finish their three-game road trip Thursday night with a visit to the Daskalakis Athletic Center to take on Drexel. Tipoff is set for 7 p.m.

“They’re arguably the hardest team in the league,” Skerry said. “They’ve played well. When you go on the road, offensively you’ve got to take care of the basketball. Our ability to guard for decent stretches has to be there also. That has to be our formula.” 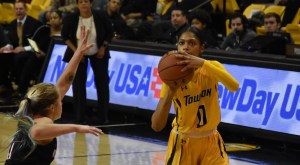