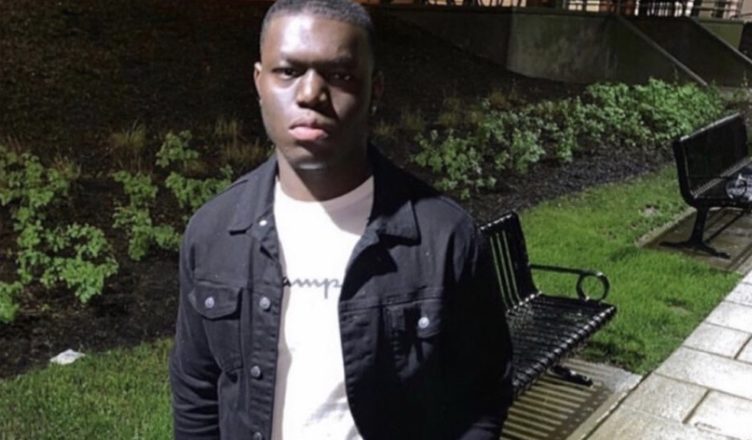 The resident student, 19-year-old information systems major Oluwadamilare “Michael” Oyinloye, was playing basketball in Burdick Hall when he collapsed. TUPD and first responders arrived at the scene for Oyinloye to be transported to the University of Maryland St. Joseph’s Medical Center, where he later died, according to TU.

“I wish it was for infinity but they say all things good come to an end,” said TU student Terrence Nanga  who said he was best friends with Oyinloye. “It will never be the same without you but I know you are in a better place now. I miss you already brother.”

The Towson University community was notified of Oyinloye’s death via email from University Communications at 11 a.m. Feb. 29.

“The campus community deeply mourns this devastating loss and our collective hearts are with Michael’s family and friends,” the email read.

“Everything is for you brother and I cannot wait to see you again one day,” Nanga said. “Just like how you would protect me, I will be there for you and your family.”

Oyinloye’s hometown was in Odenton where he previously attended Meade High School, as an honor roll student and student-athlete, according to TU Communications.

“Friends say he was an avid NBA fan,” Welsh said.

“We had mutual friends,” sophomore Ngwaah Aparandi said. “I wish I would have [gotten to know him well]. He is missed by many. He may be gone but he won’t be forgotten.”

The Counseling Center offered grief support for the TU community in the Tower C lounge from noon to 1:30 p.m. Feb. 29., according to the email.

“For those who are concerned about the well-being of others, please let us know through Tigers Care so we may reach out directly with support,” the email read. “The Counseling Center is available Monday through Friday, 8:00 a.m. – 5:00 p.m. during the spring semester, with extended evening hours on Tuesdays & Thursdays until 6:00 p.m., and Wednesdays until 7:00 p.m.”

Kent Howard, a TU student and friend of Oyinloye described him as a “a driven, hard working, charismatic, loving and gentle soul.”

“Mike touched many people and was loved by everyone he came into contact on this campus and his passing has deeply affected everyone,” Howard said. “Especially the African community where he was a constant presence in the [African Diaspora] club and he will be forever missed. All we can do now is carry on his legacy and make sure that his memory is never forgotten.”

“Please take care of each other and support each other at this difficult time,” the University Communications email said.

– Bailey Hendricks and Tim Klapac contributed to this article.

This article was updated on March 2.