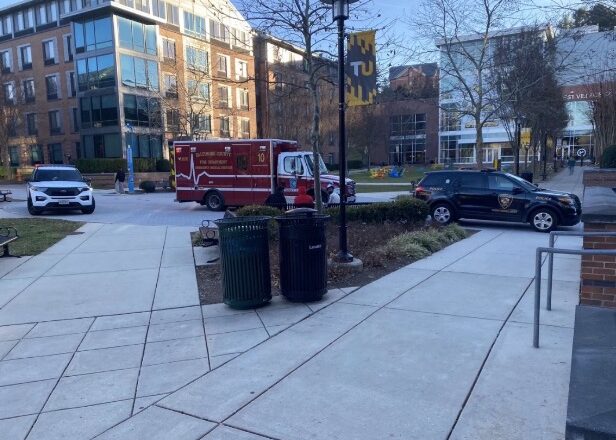 By Anna Hovet, Senior Editor
Photo obtained by The Towerlight

Carattini was found unresponsive in his dorm room in Douglass House in West Village, according to an email from Hurte.

His cause of death has not been announced.

“As we are able, we will share more information, including any plans for celebrating Dre’s life,” Hurte said in the email. “We have been in touch with his immediate family and are providing support for the family and his friends.”

Students seeking support can contact the Division of Student Affairs, Residence Life staff or the Counseling Center. According to Hurte, staff are on campus and ready to provide service.

To schedule a same day appointment, students can call the Counseling Center at 410-704-2512.

There is no additional information at the time of publication. The Towerlight will continue to provide updates as more information becomes available.