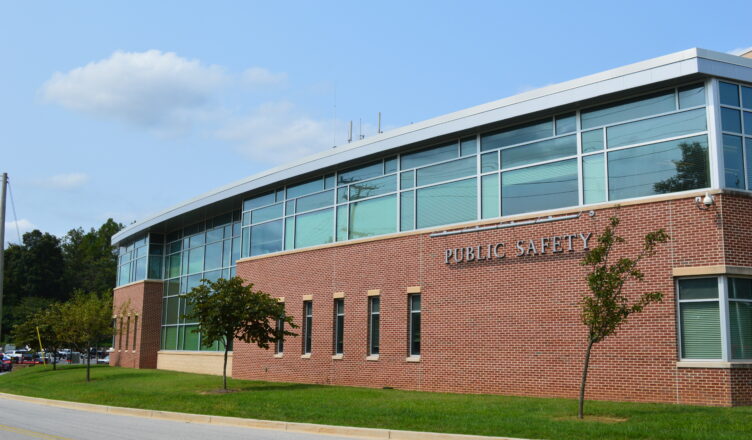 By: Meghan Hudson, Editor-in-Chief
Photo by Macy Dowla/ The Towerlight

Towson University is continuing to update the community on the investigation into last Saturday’s shooting. Today, the University announced it has placed a veteran TUPD officer on paid leave.

“The officer has been suspended pending a full investigation into whether they performed established procedures that even during the unsanctioned event, where approximately 400 people gathered near Freedom Square,” the statement reads.

Rising conversations following the shooting have surrounded topics of safety, communication, and race.

Samantha Brager, a junior at TU, believes the University could have been more straightforward in their communications on what their next steps would be.

“I would ask them to elaborate on how they plan to keep students safe,” she said. “An ‘increased police presence’ is not a helpful answer, especially after a literal shooting.”

Brager says she recognizes that an increased police presence might make students of color uncomfortable.

“I feel like an alternative that could have been in place or practiced already is monitoring of cameras all across campus,” she said. “As many have said, the events of this past weekend at campus wouldn’t have occurred if TU security was monitoring the cameras as they should properly be doing.”

Tia Price, whose daughter is a senior at TU, says it is important to consider the fact that Black people have experienced police as something to be feared. She suggests a humanitarian approach be considered.

“Police have to be able to manage their own biases and fears when dealing with Black students and the only way to do that is sitting down with them, getting to know their names and their stories and seeing them for who they are – human beings, sons, daughters, sisters, brothers, just trying to learn and live a good life” Price said.

To Price, a major part of the solution lies in prevention.

“Students and school officials should be educated on how to respond to potential signs of chaos or danger,” Price said. “Students should report events that have a potential risk of danger and conversely campus officials or police should have a reasonable presence to ensure the safety of students.”

“Maybe this is what happens when you shove the whole ‘defund the police’ liberal agenda on a college campus,” one TU alum commented to the University’s Instagram.

Other comments resonate this same message, questioning the SGA and calling the bill “a part of the problem.” The SGA responded to these concerns online.

“Good question!” they wrote. “Slight correction: The 100th Administration of the Towson SGA, as they are constitutionally charged to do, wrote a bill on behalf of a student organization. If a student organization requests a bill to be written, we will oblige especially if we see it as an important opportunity for community dialogue and education.”

They added that bills do not represent the stance of the SGA unless that bill is passed by the University’s Senate, in which case, this bill was not.

“Defund the police has turned into a political hot button phrase that causes upset and separation and shouldn’t be used when tragedy like a school shooting strikes,” Price said.

While the community continues to debate the best way to address the shooting, the University has since announced that the Office of Public Safety will increase monitoring and engagement of unsanctioned events 24/7 anywhere on campus. They will also double foot patrols.

“TU leadership is continuing to explore additional ways to make the outdoor areas of campus even more secure ­­­– from access to the spaces and resources on campus, to monitoring of those spaces, to access to parking for non-affiliates,” the University statement reads.

– The Towerlight will continue to provide updates as more information becomes available.